Neeraj Chopra yet to take a call on Lausanne Diamond League - Govt.in - Telling the truth- always! 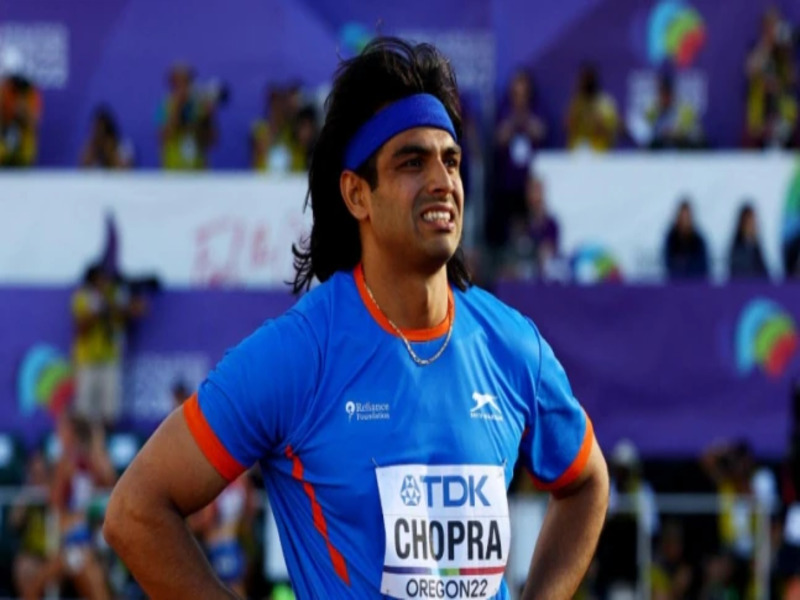 Chopra had skipped the Commonwealth Games because of a groin strain which he suffered during the final of the Worlds in Eugene. Chopra is currently based in Saarbrücken, Germany, along with his coach Dr Klaus Bartonietz and physio Ishaan Marwaha. He has started light throwing sessions. But it will need a few more days to assess if his body is ready for all-out throws during competition.

There is another Diamond League in Brussels on September 2, but the men’s javelin throw is not part of the programme. Chopra is currently 4th on the Diamond League standings after his second place finish at the Stockholm Diamond League. But Chopra will be looking over his shoulder because Czech Republic’s Vitezslav Vesely and Finland’s Oliver Helander, in seventh and 10th places with 5 and 4 points respectively, can move ahead of him if they finish in the top 5 at Lausanne and Chopra gives the event a miss.

Trinidad and Tobago’s 2012 Olympic Champion Keshorn Walcott also finds a mention in the entry list for the Diamond League. Athletes are given 8 points to 1 point depending on where they finish in the Diamond League events. The points collected are added to decide on qualification for the final.

Diamond League after silver at Worlds

“I had been uncomfortable after the pull I felt in my groin during my fourth throw at the World Championships. On having it investigated medically yesterday by a group of doctors here in the US, a minor strain was discovered and I have been advised to undergo rehabilitation and give it rest for the next few weeks,” Chopra had tweeted.

Chopra had also tweeted a picture of him, coach Bartonietz and physio Marwaha with former shot putter and politician Anke Rehlinger on August 10. “A big thank you to Anke Rehlinger, Minister-President of Saarland and a former athlete, for hosting us at her residence. It was refreshing to take a break from training and rehab to share stories from our time on the track and field,” Chopra had tweeted. After reports of scans were done in the USA, Chopra travelled for rehabilitation to Saarbrucken in Saarland.

The Stockholm event in June was Chopra’s first Diamond League competition in nearly four years. He broke the national record for the second time in a month with an opening throw of 89.94 metres in Stockholm. The Olympic Champion finished second to world champion Anderson Peters there. It was the first time he had finished in the top three in a Diamond League event.

Peters who is third on the Diamond League standings is unlikely to figure in the finals in Zurich as he suffered injuries after he was beaten up on a boat on which a party was being held and thrown overboard. Peters had issued a statement after the incident in which he said ‘it will be a long road to full recovery.’

Mother with her paramour assaults 13-year-old son, arrested in Gurugram
Udaipur teacher slams student’s head on table for answering question out of turn