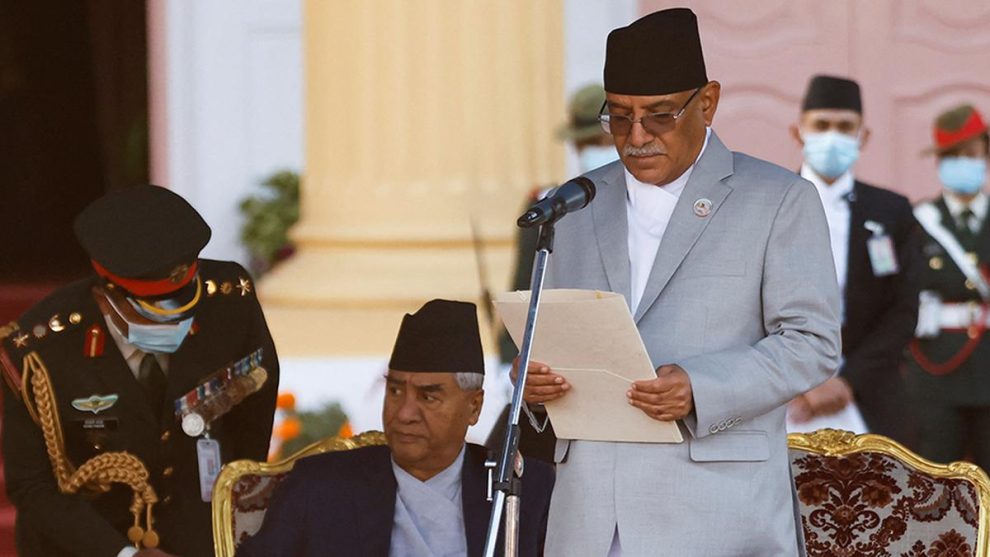 Nepal’s newly-appointed Prime Minister Pushpa Kamal Dahal ‘Prachanda’ has decided to take the vote of confidence in the Parliament on January 10, an official said on Monday.
The 68-year-old CPN-Maoist Centre leader was sworn in as the Prime Minister for the third time on December 26 after he dramatically walked out of the pre-poll alliance led by the Nepali Congress and joined hands with opposition leader K P Sharma Oli.
Prachanda on Monday requested the parliament secretariat to arrange to table the agenda of the vote of confidence in parliament on January 10.
“The Prime Minister has sent a letter to include the subject of vote of confidence on the agenda of the Parliament on the 10th of January,” said Rojnath Pandey, the spokesperson of the Parliament Secretariat.
Sri Lanka’s ex-president Gotabaya applies for US citizenship restoration: Report
There is a constitutional provision that a person who has become the Prime Minister should take a vote of confidence within one month of swearing into office.
President Bidhya Devi Bhandari called the first session of the new Parliament on January 9 after the country went to polls on November 20.
This will be the first Parliament session after the appointment of “Prachanda” as the new prime minister of the landlocked nation.
Prachanda was appointed as the country’s new prime minister after he submitted a letter to President Bhandari showing the support of 169 members in the 275-member House of Representatives.
He needs 138 votes for a clear majority in the House.
He has the support of seven parties, including Oli’s Communist Party of Nepal-Unified Marxist-Leninist (CPN-UML) and the newly-formed Rastriya Swatantra Party (RSP).
(Except for the headline, this story has not been edited by GOVT.in staff and is published from a syndicated feed.)