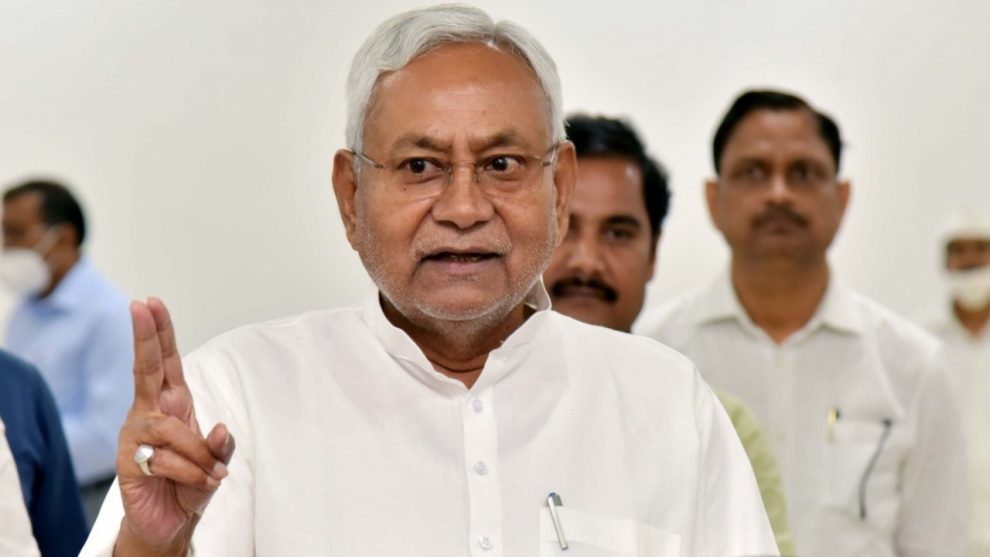 Govt.in Editor
Patna: Nitish Kumar’s new Law Minister, Kartikeya Singh, faces arrest in a kidnapping case and a warrant is out. But the Bihar Chief Minister told reporters today he had no idea of any such case against his minister.”I am not aware of it,” Nitish Kumar said when reporters asked him about the warrant against Kartikeya Singh, who belongs to the party of Deputy Chief Minister Tejashwi Yadav.

Kartikeya Singh was to surrender before a court on August 16. The same day, he was sworn in as a minister in Nitish Kumar’s new government.

Mr Singh, a member of the Bihar Legislative Council, is accused, along with 17 others, in a 2014 kidnapping case. He is charged with planning the kidnapping of a builder in order to murder him. He claims he was falsely charged and that there is no warrant against him. A Patna High Court order had noted that the victim in the case had not named Mr Singh in his statement before a magistrate.

On August 12, a court ordered that “no coercive action” could be taken against him till September 1.

Nitish Kumar split with the BJP earlier this month and formed a government with Tejashwi Yadav’s RJD and other parties. The Chief Minister and Tejashwi Yadav took oath on August 10. Five days later, Nitish Kumar added 31 ministers, most of them from the RJD. His own Janata Dal United kept 11 ministries.

Nitish Kumar was convinced, according to sources, that Home Minister Amit Shah was trying to split his party and was planning a Maharashtra-style coup. The Uddhav Thackeray government collapsed in Maharashtra after a BJP-enabled rebellion in the Shiv Sena by Eknath Shinde, who is now Chief Minister.

For several months before the break-up, Nitish Kumar had been needled regularly by Bihar BJP leaders and he had read signs of