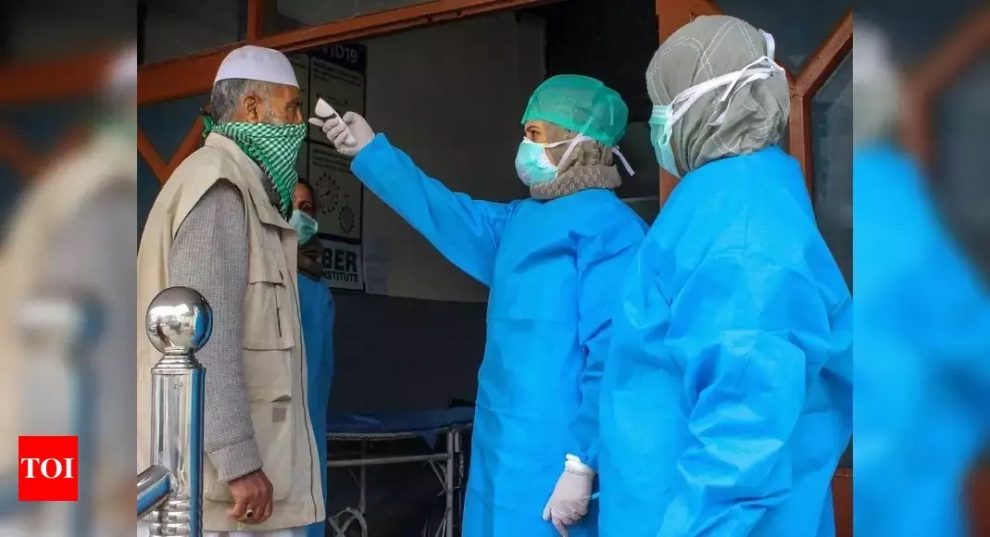 NEW DELHI: The government is likely to expand its testing strategy for Covid-19 to allow use of rapid antibody tests in symptomatic cases in “hotspot” areas though these results will need to be confirmed by an RT-PCR test using throat or nasal swab to detect the presence of genetic material of the coronavirus.
The rapid tests will be conducted on symptomatic cases and even those testing negative in antibody tests will be home quarantined, official sources said. The effort is to contain hotspots that can become centres of transmission of the disease, a task that has become even more urgent in the wake of migrant workers reaching homes in certain areas that have been tagged as high-risk zones.
While a final decision on this is expected by Friday morning, the Indian Council of Medical Research (ICMR) issued an interim advisory on Thursday on the use of the rapid antibody test, also known as serology test. “The empowered group has taken a decision that testing needs to be expanded. ICMR is working out the modalities and a final decision will be taken by tomorrow,” an official said, adding that even those with “milder symptoms” in identified hotspots will be tested under the new protocol.
ICMR chief epidemiologist Dr RR Gangakhedkar said at the regular government briefing on Thursday that the testing protocol is being reviewed in the light of some new tests and a decision will be taken by Friday morning.
The health ministry’s surveillance department along with state governments have identified 61 hotspots with large number of cases and 10 high-risk zones with fewer cases but higher density of people.
Sources said the rollout of the new testing norms will depend on availability of testing kits which are expected to be available shortly. “ICMR has ordered around a million serology testing kits from China and South Korea. They will arrive any time but whether that is going to be enough is a question. The final decision depends on who do we want to test given the limited availability of testing kits,” another senior official said.
The decision was taken by the Empowered Group, one of the 11 formed to consider various aspects of the Covid-19 crisis, that is looking at disease surveillance, testing and availability of hospitals and isolation beds etc.
At present, symptomatic individuals who have undertaken international travel in the last 14 days, symptomatic contacts of positive Covid-19 cases and symptomatic healthcare workers are tested for coronavirus. Apart from this, on March 21, the government and ICMR revised its strategy to include all hospitalised patients of severe acute respiratory infection (SARI) for testing.
Following an increase in positive cases after the exodus of workers from cities to their villages and the recent spread of the infection through Tablighi Jamaat congregation in Delhi’s Nizamuddin, the government has been restructuring its Covid-19 containment strategy to focus on hotspots and high-risk zones.
The hotspots and high-risk zones are villages or small towns and even districts in some cases depending on the load of positive or suspected cases. The containment strategy for Covid-19 will be focused around these two categories and resources are deployed accordingly, a health ministry official said.
According to the interim advisory, CE-IVD approved kits can be used directly for antibody tests after approval from the Drugs Controller General of India (DCGI) and intimation to ICMR.
Currently, there are four countries—China, South Korea, Japan and the US—manufacturing antibody testing kits to detect Covid-19. However, amid a huge demand for these kits and reagents, most of these countries are holding back stocks for their own use as all of them are faced with the crisis.
Till Wednesday, there were 126 public labs, with only 38% capacity utilisation. Besides, 51 private labs have also been approved by ICMR.