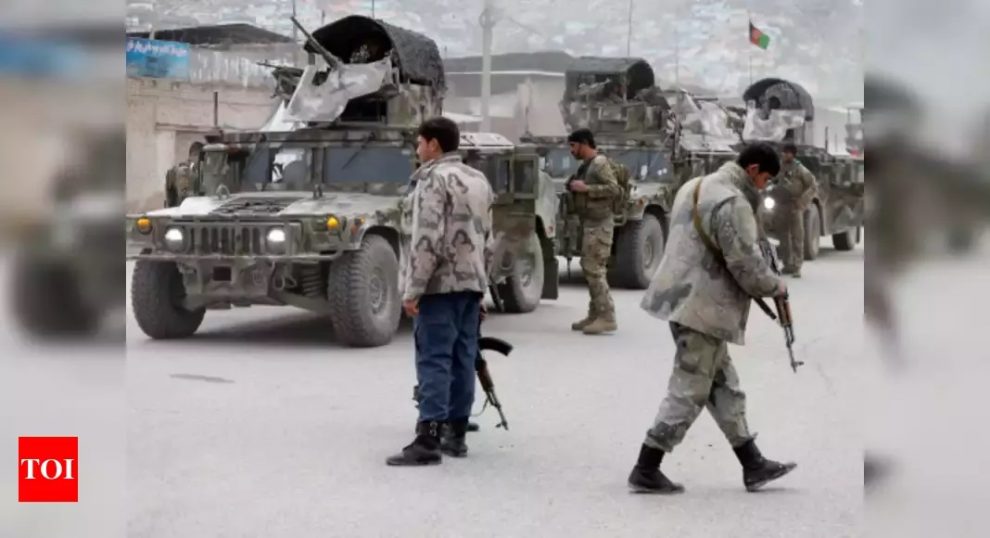 NEW DELHI: The National Investigation Agency (NIA), in its first probe involving an act of terror against an Indian citizen on foreign soil, has filed a case in connection with the March 25 bombing on a gurdwara in Kabul, Afghanistan.
Not only was an Indian national — Tian Singh from New Delhi — killed in the attack apart from 26 others, but one of the attackers is also suspected to be an Indian youth from Kasargod, Kerala. Muhammad Muhsin, a school dropout from Trikkaripur village in Kasargod, had left India for UAE in July 2018 and is suspected to have travelled further to Afghanistan to join Islamic State-Khorasan Province (ISKP) there.
ISKP later claimed responsibility for the Kabul gurdwara attack and an IS-linked media put out a photograph of Muhsin claiming him to be one of suicide bombers. Though IS message had named him as Abu Khalid al-Hindi, NIA sleuths managed to unmask his real identity with the help of his family in Kasargod.
The NIA has now registered a case in connection with the said attack under provisions of the Unlawful Activities (Prevention) Act and IPC.
On March 25, unknown gunmen had stormed into a gurdwara in Shor Bazar area in Kabul and fired indiscriminately, killing 27 devotees and injuring several others. About 150 people were inside the Sikh shrine when the attack took place. An Indian citizen was also killed in the attack.
As per the preliminary investigation, one Muhsin from Trikkaripur, Kasargod, Kerala and others who had joined ISKP, are suspected to have been involved in the said terrorist attack.
This is the first case of its kind that NIA has registered after NIA Act was amended last year to empower the agency to investigate terror cases which are committed at any place outside India against Indian citizens or affecting the interests of India.

Judicial independence threatened by stranglehold of a ‘lobby’ over it: Ranjan Gogoi

Now you can get Eco friendly Sanitary pads at Rupee 1