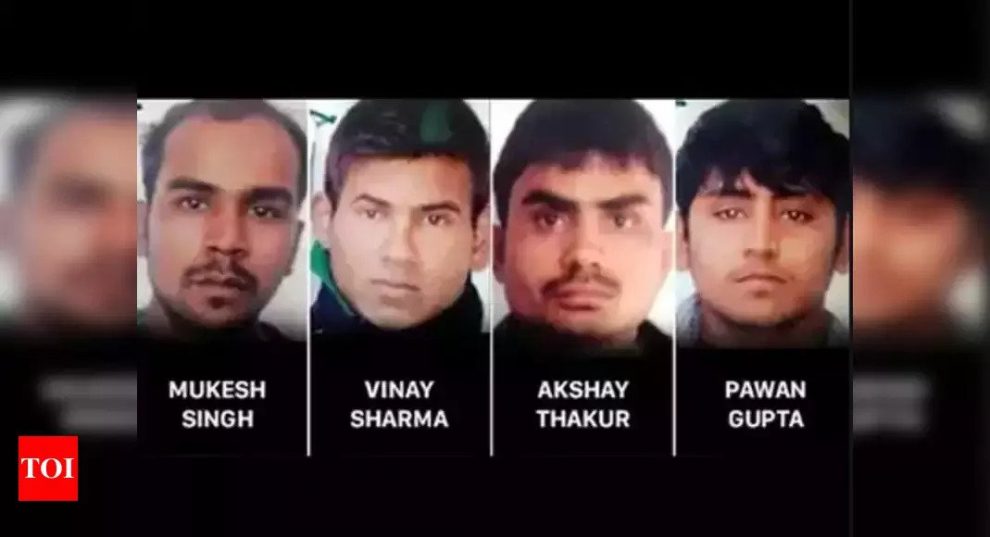 NEW DELHI: The Delhi high court on Thursday said that pendency of a divorce plea of death row convict Akshay Kumar Singh’s wife was not relevant to stay his execution along with three other convicts, scheduled for early Friday morning.
A bench comprising justices Manmohan and Sanjeev Narula said that the Supreme Court has already held that the pending divorce plea was no longer relevant.
The bench also said the apex court’s judgement confirming death sentence has attained finality and the court cannot sit and review over it.
“We cannot say death warrant cannot be implemented because Akshay’s wife’s divorce plea is pending,” the bench said.
Three of the four death-row convicts, Akshay, Pawan Gupta and Vinay Sharma moved the high court in the evening challenging the trial court order declining to stay their execution.
They, along with Mukesh Singh, are scheduled to be hanged at 5.30 am Friday.

Two CRPF men kill each other after scuffle

Post-lockdown, a fumigation gate could greet you at work

India can have A Single Multipurpose Id Card: Amit Shah