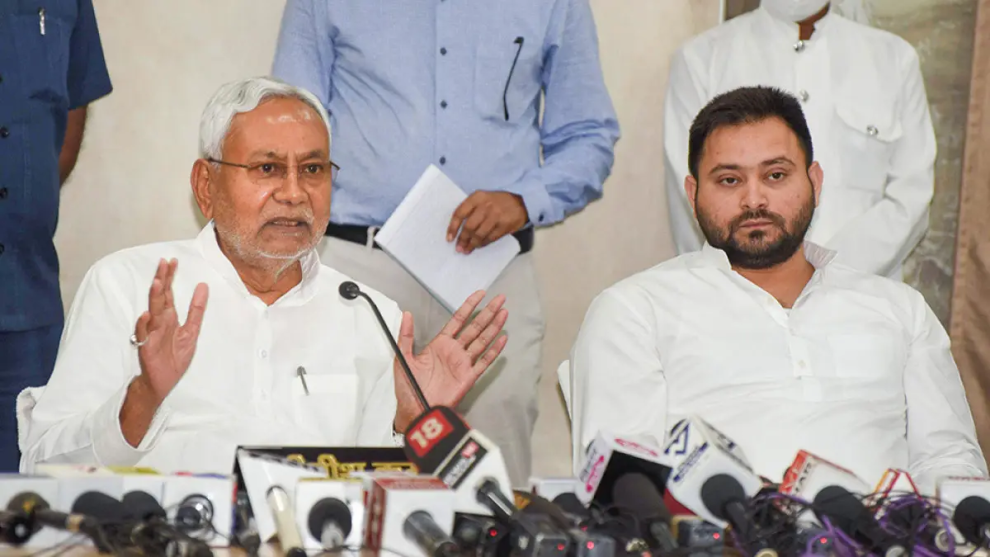 Bihar chief minister Nitish Kumar on Thursday hit back after one of his party colleagues expressed discontentment over the cabinet expansion carried out earlier this week.

On Thursday, JDU MLA Bima Bharti had told news agency ANI that she was upset with Leshi Singh finding a spot in the state cabinet, yet again. “She’s always chosen in the cabinet,” Bharti said.

“Why are we not heard? She (Leshi Singh) is repeatedly involved in incidents in her area, and the party feels the heat. What does the CM see in her?” she had asked.

On Thursday, Nitish Kumar – visibly upset over the comment – said: “Everyone cannot be given a post in the cabinet.”

“We have already given her (Leshi Singh) a post in 2013, 2014 & 2019. I’m shocked that she (Bima Bharti) has given such a statement. We will talk about this,” Kumar was quoted as saying by news agency ANI, as he further said Bharti should not have made the comment. “It is absolutely wrong,” he added.

Thirty-one ministers were included in the Nitish Kumar-Tejashwi Yadav cabinet earlier this week, days after Kumar returned to the Mahagathbandhan after his exit from the alliance with the BJP.

Of 31, 16 ministers are from the RJD, which is also the largest party in the state assembly.

As the BJP’ steps up attacks on the JD(U) and the RJD, and repeats the “Jungle Raj” jibes against the party, Bihar deputy CM Tejahwi Yadav on Thursday told reporters: “BJP does not have any work other than defaming us. Since the day we announced to provide 10 lakh jobs to the people of the state, they (BJP) have become uncomfortable.”