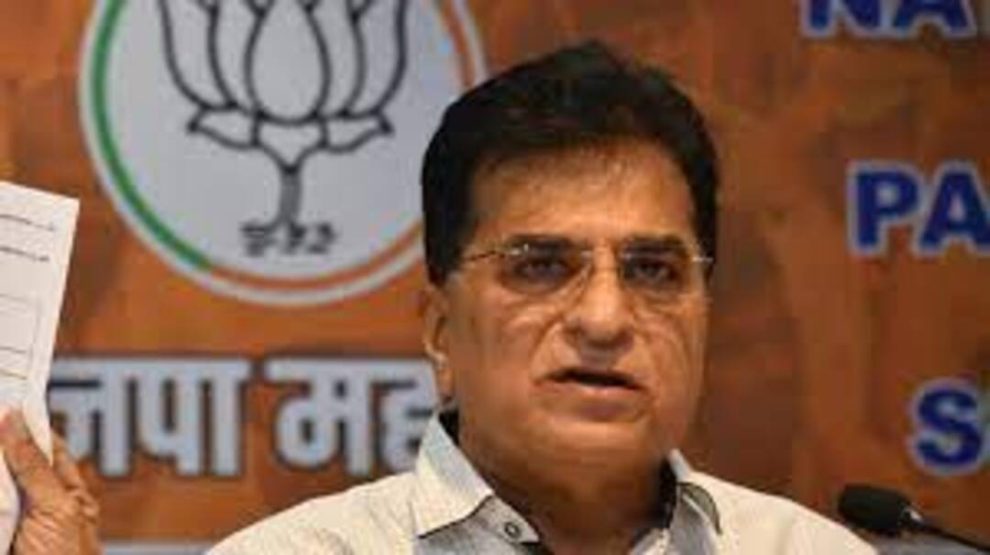 Mumbai News :  The Bombay high court on Wednesday confirmed the interim protection from arrest granted earlier to Bharatiya Janata Party leader Kirit Somaiya and his son Neil after police said that they did not have any evidence of misappropriation of funds by the duo in the INS Vikrant case.

The HC was also informed that a 72-hour notice would be issued to them if they were required to be arrested.

A single judge bench of justice Bharati Dangre then directed the Somaiyas to appear before police on August 17 and 18 pursuant to the summons issued to them and disposed of the anticipatory bail applications filed by the duo.

The former MP and his son have been booked for allegedly swindling ₹57 crore which they had collected through crowdfunding to save the decommissioned aircraft carrier from getting scrapped and convert it into a museum.

When the court asked if the custody of the Somaiyas was required, Shirish Gupte, special counsel for Mumbai police, replied in the negative, but said that the investigation would continue and wanted the duo to cooperate in it.

“The Somaiyas have been issued a notice under section 41A [notice of appearance before police officer] of Criminal Procedure Code and have been asked to appear before the Economic Offences Wing of Mumbai police on August 17 and 18,” the senior advocate said.

The bench said, “The allegation against Kirit Somaiya was of misappropriation of funds. Though the complaint alleged that a whopping sum of ₹57 crore was collected through various social media platforms, there was no evidence of misappropriation.”

The Somaiyas had approached the HC after Trombay police registered an FIR against them on April 7 acting on a complaint filed by an ex-serviceman.

The HC had on April 13 granted them interim protection from arrest, stating that the FIR was mainly based on media reports and there was no material on record to indicate on what basis the complainant had arrived at the ₹57 crore figure. The relief was extended from time to time.

The complainant had said that due to the contribution of INS Vikrant to the 1971 war, he had contributed ₹2,000 in 2013 when the Somaiyas had started the crowdfunding. However, in 2014, he learnt that the warship was scrapped and auctioned for ₹60 crore.

The ex-serviceman further said that he had written to the governor’s office in 2013, seeking information about the contributions made by Mumbaikars, and he had received a reply that no money was received from the Somaiyas.