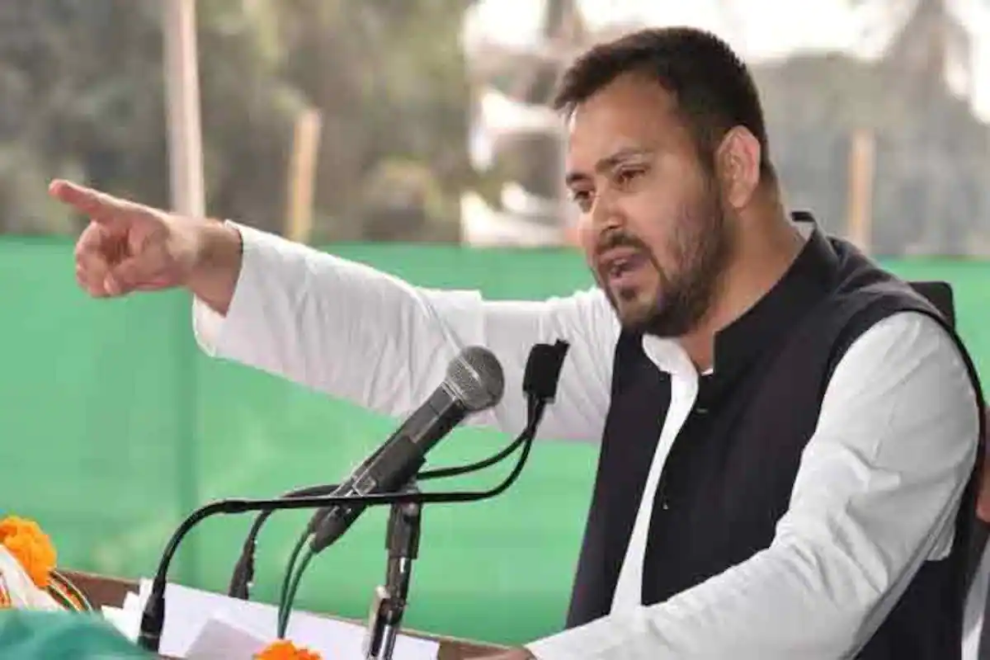 Bihar deputy chief minister Tejashwi Yadav on Saturday said that Rashtriya Janata Dal (RJD) leaders inducted into the state cabinet have been asked not to buy a new vehicle for themselves and to not let workers, well-wishers, supporters, or anyone older than them touch their feet. He also requested the ministers to remain gentle and courteous with everyone and help poor and needy people on a priority basis irrespective of their caste and religion.

“We have requested all the honorable ministers of RJD quota to comply with the following request,” Tejashwi Yadav said in a Facebook post. “Ministers made from the quota of Rashtriya Janata Dal…will not buy any new vehicle for themselves.”Rashtriya Janata Dal ministers will not allow workers, well-wishers, supporters or any other person older than him to touch their feet. Will promote the tradition of salutation, namaste and adaab with folded hands for courtesy and greetings,” the social media post read.

He also encouraged the ministers to exchange pens or books instead of gifting bouquets.The RJD leader further requested his ministers to promote honesty, transparency, promptness and prompt implementation in all departmental work under chief minister Nitish Kumar’s leadership.

As the sixth and final request, he asked the ministers to promote all developmental work by the chief minister, the government, and their departments on social media so the “public can get positive information about your every initiative.”

The list of requests was made public amid RJD’s attempt to get rid of the ‘Jungle Raj’ tag which Nitish Kumar successfully used in his election campaigns to keep Lalu Prasad Yadav’s party out of power in Bihar. With RJD back in the government after almost five years, the Bharatiya Janata Party is using the ‘Jungle Raj’ bogey to attack the Mahagathbandhan, or grand alliance.

Days after Tejashwi Yadav took oath as Nitish Kumar’s deputy, the BJP cited recent cases of heinous crimes in the state and the alleged involvement of some of the ministers in criminal cases to claim that Bihar is returning to “jungle raj”.

Dismissing the allegations, JD(U) president Lalan Singh said that the BJP’s allegations over the law and order situation were nothing but “vidhwa vilap” (widow’s cry) after losing power in the state.If some stray incidents happen, it is no reflection on overall law and order situation. There is rule of law in Bihar under Nitish Kumar-led government and it will remain so. Nobody is going to hear their (BJP’s) wail after losing power,” he said.