No threat to 50-over game, feels Rohit Sharma - Govt.in - Telling the truth- always! 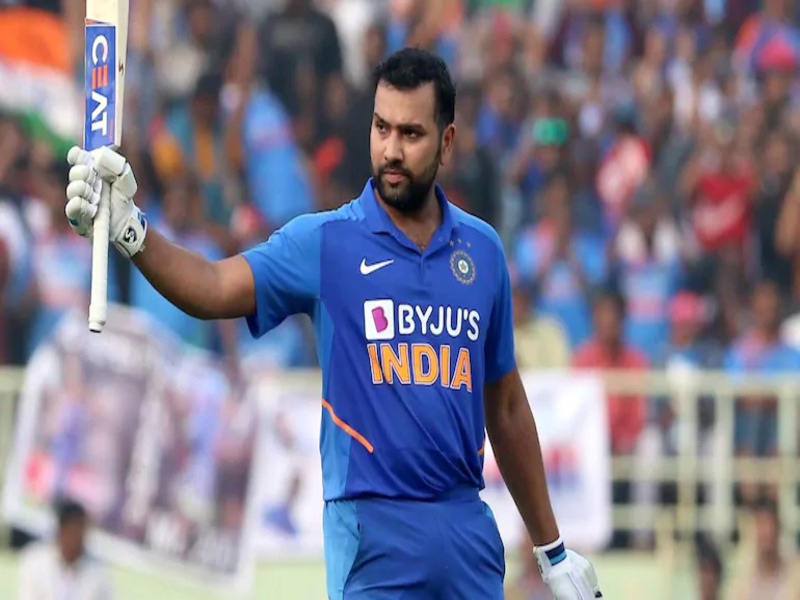 India captain Rohit Sharma has dismissed speculation about the future of one-day international cricket and feels all three formats of the sport are important. Sharma rose to prominence with exploits in the 50-over game and believes all three versions can co-exist.

“Mera naam hi one-day cricket se bana hai. Sab bekar ki baatein hai (I first made my name in one-day cricket. All this is idle talk). People were earlier talking about Test cricket (being in danger),” Sharma said on the sideline of a promotional event.

“For me, cricket is important – whatever be the format. I would never say that ODI is getting finished or T20 is getting finished or Tests are nearing an end. I wish there was another format as well, because for me, playing the game is most important. Since childhood, we dreamt of playing the game for India. Whenever we play ODIs, stadiums are full, the excitement remains high. It’s an individual choice as to which format to play or not, but for me, all three formats are important.”

Sharma will fly to Dubai where India will attempt to win the Asia Cup for a record eighth time when the tournament begins with the India vs Pakistan contest on August 28. This will be the first clash between the teams since India’s 10-wicket drubbing at the ICC T20 World Cup in Dubai last year but according to Sharma, things will be different this time.

“We played Pakistan last year in Dubai, where obviously the result did not go our way. But the team is playing differently now and has prepared differently, so a lot of things have changed from then. But for us, we need to assess the conditions, keep in mind the fact that we will be playing in 40-plus degrees (temperatures). We need to assess all those factors and prepare accordingly.”

Sharma said the team focused on things they had to do as a unit and what they were looking to achieve. “Similarly, in the Asia Cup, our focus will be on what to achieve as a team and not think about who we are facing – be it Pakistan, Bangladesh or Sri Lanka. As a team, we are working on a few things ahead of the Asia Cup. We have to keep the process going.”

Asked whether the Indian team had found its best combination for the T20 World Cup, he replied, “There are still about two-and-a-half months left for the T20 World Cup. Before that, we have the Asia Cup and two home series against Australia and South Africa. More or less, 80-90 per cent of your team is set. There could be three-four changes, if at all, depending on the conditions. As of now, we have been playing in India and will play in UAE, so the conditions in Australia will be different. We need to check what suits our team in Australia.”

The Indian team has already begun to prepare for the future. Sharma said he has spoken to head coach Rahul Dravid and they have begun to create bench strength. “(Jasprit) Bumrah, (Mohd) Shami and all these guys will not be with the Indian team forever, so you have to try and prepare the other guys. Myself and Rahul bhai spoke about how we are going to create our bench strength because that’s going to be very crucial considering the amount of cricket we play, considering the injury factors and everything. We never want to be a team that relies on one or two individuals, we want to be a team where everyone can contribute and help the team win on their own. We want to be that kind of a team and that’s why we want to give the youngsters as many opportunities as possible and of course, you have got senior players around them. They can be of good help,” Sharma pointed out.

The proliferation of franchise leagues across the world has prompted many players to take an early exit from national duty. But Sharma said that for him, playing for the country matters the most. “I don’t know what people are thinking about playing leagues over international cricket. There will be 10 more leagues, but in the coming years, we will get to know what the players prefer. But as of now, the situation of Indian cricket remains the same – we play the IPL, the international cricket.”

Playing for the country is still the ultimate aim, he felt.

“The guys are getting exposure and our aim is to create bench strength, so that’s why in Zimbabwe, there are a lot of players who are touring for the first time – be it Shahbaz Ahmed, Rahul Tripathi – and it is a good exposure. They are really talented and will grab the opportunity. It’s about getting the confidence at this stage, which I am sure they will learn. Playing for the country matters the most.”

On Camera, Bihar Woman Shot In Neck By Man She Rejected
RBI Seeks Public Opinion on Fees, Charges in Payments Systems: All Details