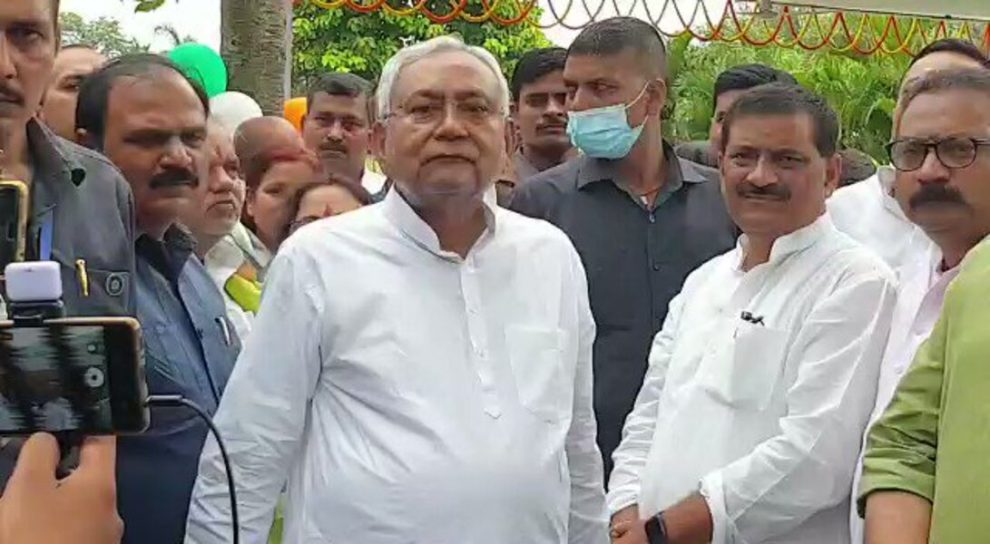 after causing a massive political storm by walking out with his party’s ruling alliance with the BJP in Bihar, Chief Minister Nitish Kumar again said Prime Ministerial ambitions are not on his mind right now. Talking to reporters in the national capital today, Mr Kumar said he will try to unite Opposition parties and all of them should work together.

After taking oath as Bihar Chief Minister an eighth time on August 10, Nitish Kumar over the next Lok Sabha elections: “He won in 2014, but will he in 2024?”  He had told reporters even then that he is “not a contender for anything” when asked if he wants to be PM candidate. “The question to ask is if the person who came in 2014 will win in 2024,” he said.Folding his hands on being questioned about it again, he said, “It’s not on my mind. No matter what people say, even if people close to me say it,” he said, adding that it would be great if all Opposition parties work together and his job is to try to ensure that.All of us will talk about issues of the people and how we can have a better societal environment, he added.