"Not Worth It": Salman Butt's Scathing Criticism Of Bhuvneshwar Kumar After India's Loss To Australia In Mohali T20I - Govt.in - Telling the truth- always! 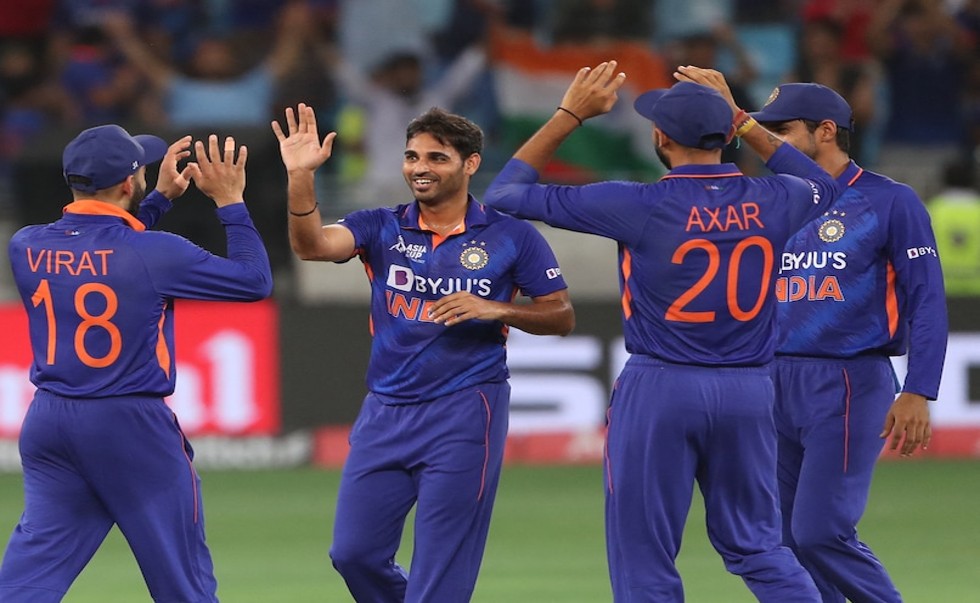 Veteran pacer Bhuvneshwar Kumar was under the scanner once again after he conceded 16 runs in the penultimate over as India lost the first T20I against Australia at the IS Bindra Cricket Stadium in Mohali. Bhuvneshwar leaked 52 runs from his quota of four overs as Australia chased down a mammoth target of 209 with ease. While analysing the the match, former Pakistan captain Salman Butt criticised India’s team selection, saying that Bhuvneshwar doesn’t offer any threat to opposition with decent batters.

“The thing that is worrying for India, what can cause tension, is that they have serious lack of pace. Firstly, there’s no pace and then they keep bowling slower balls. First you are already getting hit because you’re slow and then you’re bowling slower balls. I don’t know what promise they have made that they have to give Bhuvneshwar Kumar the 19th over. It’s beyond my understanding how you can bring him on for key overs. I don’t think he’s worth it,” Butt said during an interaction on his YouTube channel.

Butt said India should explore other options as Bhuvneshwar’s lack of pace makes him a liability in the death overs.

“He doesn’t offer any pace. He can’t reverse swing the ball. He can be a a bit dangerous in the powerplay when the ball is moving. Otherwise, if you bring him after the powerplay, in any situation, he can’t pose any threat to teams with decent batting order. India now have to think as they have Siraj, Umran Malik and Umesh Yadav, who bowled well as compared to other bowlers,” he said.

India await the return of star pacer Jasprit Bumrah, who has been away from action since the tour of England in July. He did not play the first T20I, but is the part of the squad for the series.

Apple May Move A Quarter Of iPhone Production To India By 2025: Report
OnePlus 9, OnePlus 9 Pro Android 13-Based OxygenOS 13 Open Beta Update Released in India: How to Install