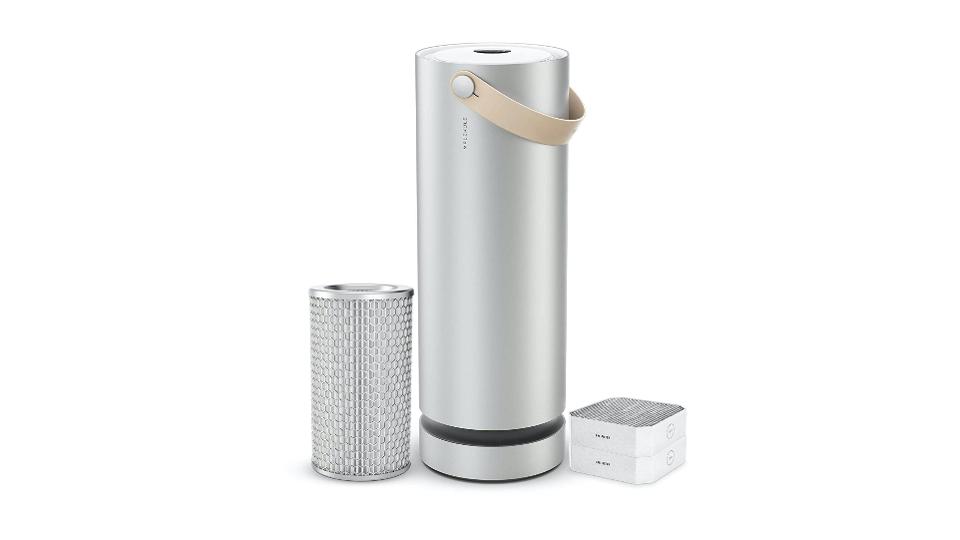 BENGALURU: After decades of research and development, a technology invented by an NRI serving as a distinguished professor at the University of South Florida is now ready to help fight the Covid-19 battle, which he eventually also plans to bring to India.
The device — Molekule Air Pro RX — built by US firm Molekule based on technology developed by Yogi Goswami, has now been approved by the US Food and Drugs Administration (US-FDA) for medical use against SARS-CoV2, the virus causing Covid-19.
Yogi, who had migrated to the US in the mid-1990s, began working on the air purifier technology to fight poor indoor air quality that was hurting his son Dilip, who had Asthma.
While the Air Pro RX is a device that was specifically designed to deal with SARS-CoV2, Molekule has been making purifiers for the consumer market since 2017, and in fact, their first device had made it to the list of top 25 inventions of Time Magazine that year.
“Since the FDA approval earlier this month, it is being used in hospitals, doctors’ offices in the US to help them tackle Covid-19. It is very helpful to healthcare workers who have to treat patients with Covid-19 who may or may not be showing symptoms. At the same time, I think it is also useful in other places like schools, airports, malls and in stores where precaution is a must,” Yogi, a co-founder and scientific advisor to Molekule, told TOI.
In fact, during a third-party study of the device, it disabled 99.947% of a stand-in SARS-CoV-2 in one hour of operation, and in 24 hours, it had disabled 99.999%.
Invention and India Plans
“When I invented and developed this technology, I was always focusing on disinfecting the air, and in this case, now that we have this problem (Covid-19), we first got it tested in our labs and found good results. Then we got it tested in a third-party lab that is inspected by the FDA, where the results showed that our device could eliminate 99.999% of the virus, which is very significant,” Yogi said.
Molekule, which when invented was the world’s first molecular air purifier and the only one scientifically proven to disable indoor air pollutants. uses the patented Photo Electrochemical Oxidation (PECO) technology.
PECO, a fundamentally new technology, uses a light-activated nano filter to create a catalytic reaction on the surface of the filter that breaks down pollutants at the molecular level.
Allergens, mold, bacteria and viruses are all completely disabled by this process, and it removes microscopic pollutants 1,000 times smaller than a HEPA (high efficiency particulate absorber) filter, which has been the mainstay of the purifier market.
Further, Yogi, who was among the experts Prime Minister Narendra Modi had invited in August 2018 to formulate a solar policy for India, says that the firm eventually will bring Molekule to India too.
“We would love to bring this technology to India because we are from India and we would like our people to have the advantage of the technology. As of now, I cannot comment on the timeline because right now my role is of a scientific advisory to the company. But at the same time, I can say that we would like to even manufacture it in India,” Yogi said.

CDS Gen Rawat starts contributing Rs 50,000 per month to PM CARES; to continue for 1 year
With no vaccine ready, drugs are being tested world over for immediate treatment of Covid-19

Lifting of lockdown depends on compliance to norms: Maha CM