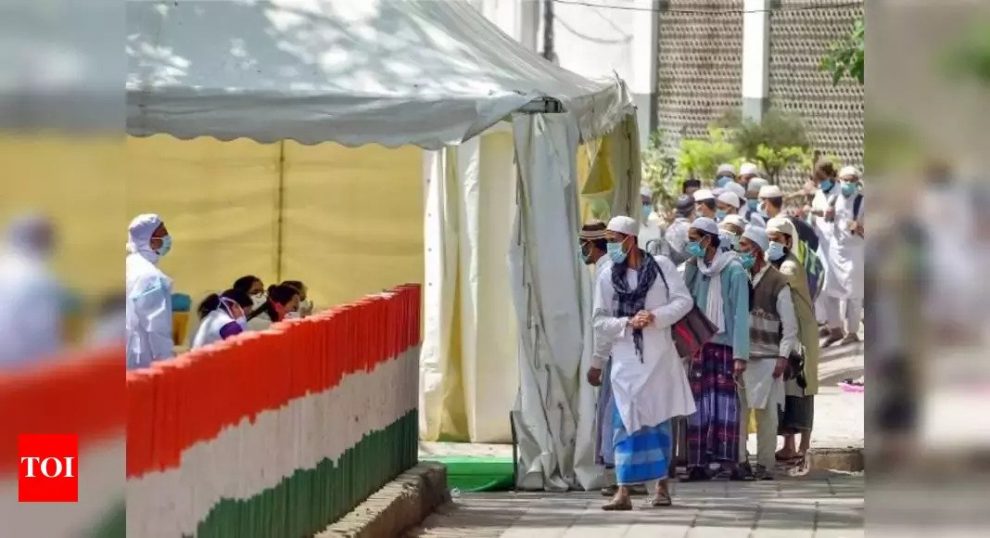 NEW DELHI: National Security Adviser (NSA) Ajit Doval had been in touch with representatives of the Jamaat in Nizamuddin to convince them to vacate the Markaz premises and get tested for COVID-19, claimed government sources.
More than 2,000 people attended the congregation there.
Read our coronavirus live blog for all the latest news and updates
“The NSA had to intervene as there was a large congregation going on there for several days and after his intervention, the Jamaat leaders also cooperated and vacated the place,” the sources said.
Over the years, the NSA has established good terms with the Muslim leadership and his connections have come handy in the past also while trying to defuse communal tensions. This was evident during the recent Delhi riots, as well as when the tension started brewing up around the Ram Mandir Temple, Ayodhya verdict by the Supreme Court, the sources said.
A huge religious gathering was held at the Markaz building in Nizamuddin between March 13-15, the gathering came into the spotlight after over 24 people who attended the event tested positive for coronavirus.
More on Covid-19
Nizamuddin Markaz and the area around it being is being sanitised by a team of the South Delhi Municipal Corporation after the people were brought out earlier today.

Bill to regulate use, trade and manufacture of pesticides tabled in Rajya Sabha

Tolling on NH network to be suspended till April 14