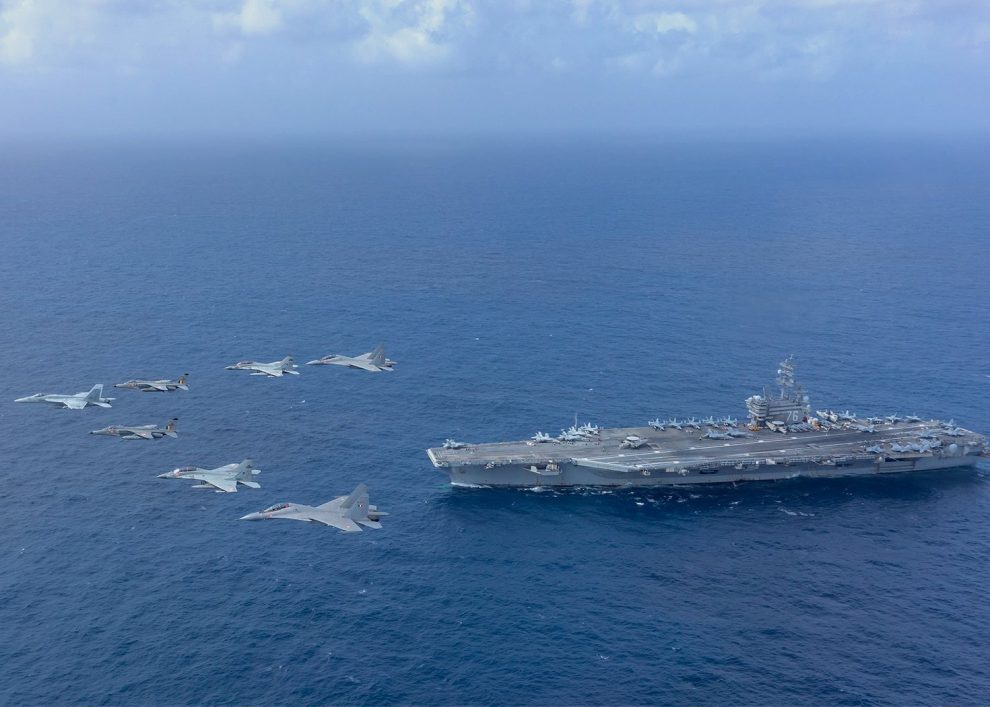 a naval fleet and fighter jets has gone viral on social media with the claim that it shows American forces escorting the speaker of the US House of Representatives Nancy Pelosi to Taiwan.People shared

with captions like, “Arrival of US Air Force One in Taiwan with US official Nancy Pelosi. 20 Warplanes were escorting Nancy Pelosi’s plane including US fighter jets. US air force authorized to open fire in case of any Chinese interference on the plane carrying Nancy Pelosi.AFWA’s investigation has found that this video was old and of a US naval exercise.

A reverse search of the keyframes from the viral video took us to the same video uploaded to YouTube on April 15, 2021. The caption of the video in Filipino roughly translates to, “US navy warship is hovering in west Philipines sea. It’s going to be a fight.

We noticed a comment from on the viral video who claimed it belonged to the 2020 Valiant Shield exercise. The US Navy first started this exercise in 2006, and it takes place every even year. This year the exercise was performed in.Subsequent searches led us to multiple posts from the official Facebook page of A video posted on October 1, 2020, showed similar-looking aircraft carriers, ships and fighter-jets flying.

We compared these with a posted by the official page of the U.S. Pacific Fleet and both looked similar.A submarine was also visible at the beginning of the viral video heading in front of the aircraft carrier. In a photo of the exercise, a similar submarine was spotted ahead of the carrier during the 2020 exercise.

A Man In Mumbai Rescuing Dog From Railway Tracks Melts Hearts On Internet
No, US has NOT passed a bill recognising Hindu New year