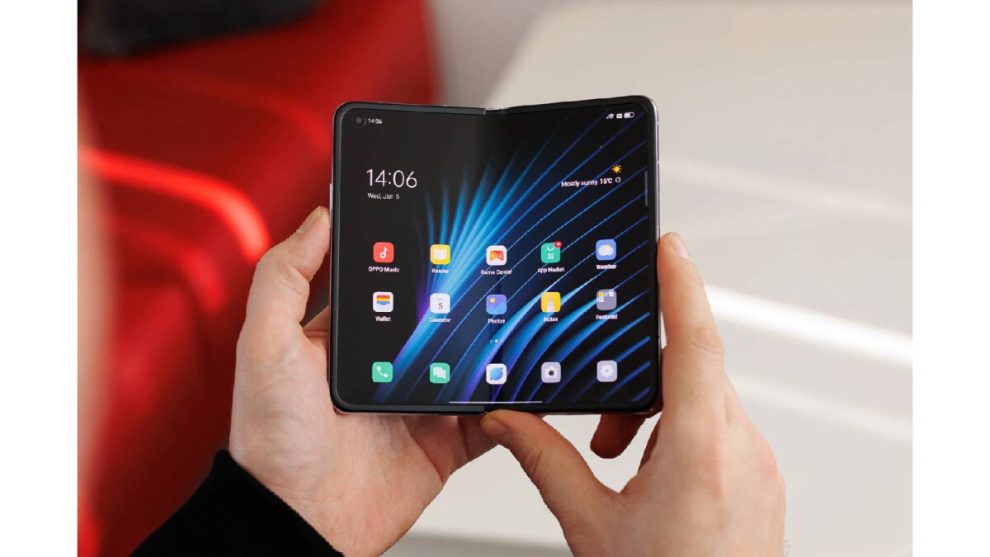 OnePlus is speculated to launch a foldable smartphone based on the Oppo Find N.

Pete Lau on Twitter posted pictures with the tagline “What do you think this is?”. This could be possibly the folding screen hinge mechanism of the upcoming OnePlus phone. Although the company has not confirmed anything, it is largely speculated that the OnePlus Fold may break cover soon. It is rumoured to come with Android 13.

OnePlus hasn’t yet revealed any details about the foldable so far. But it could offer some similarities to Oppo’s Find N which was launched in December 2021.

The Oppo Find N sports a 7.1-inch inward folding display with a 120Hz refresh rate and a 5.49-inch cover OLED display. It is powered by a Qualcomm Snapdragon 888 SoC, coupled with up to 12GB of RAM and up to 512GB of storage. For optics, the Oppo Find N has a triple rear camera setup with a 50-megapixel Sony IMX766 primary sensor, a 16-megapixel ultra-wide angle lens, and a 13-megapixel telephoto lens. A 32-megapixel camera on the outer screen, a 32-megapixel camera on the inner screen, 4,500mAh battery with 33W SuperVOOC wired charging support are the other key highlights of the phone.

Construction of Ram temple to be over by December 2023: Ayodhya Trust
‘Blessing to bowl at Kohli, Rohit and see where my game stands. If I can trouble them…’: IPL star eyes India call-up