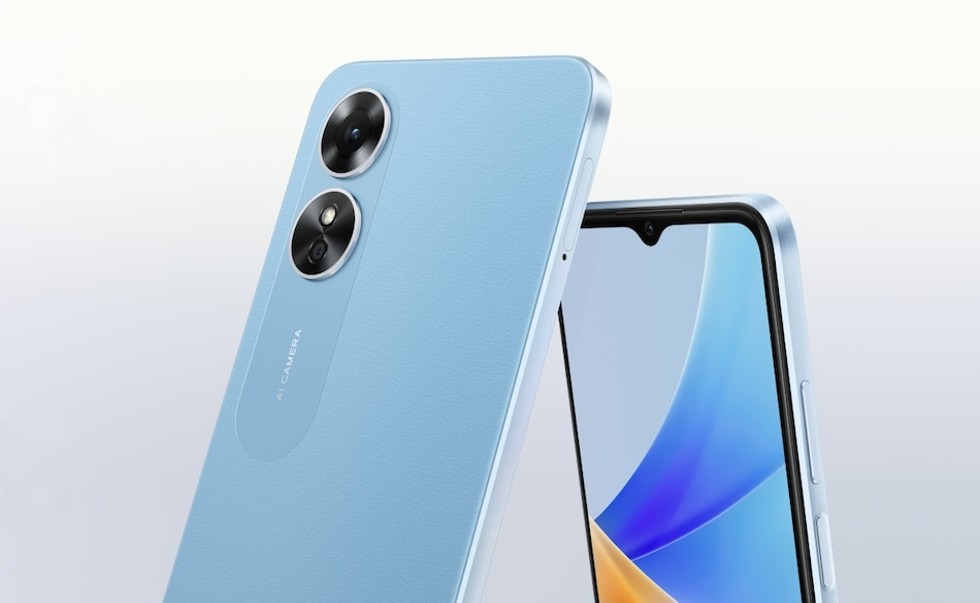 Oppo A17 was recently launched in Malaysia, powered by a MediaTek Helio P35 (MT6765) SoC. Now the handset is reportedly making its way to India alongside the Oppo A17K and Oppo A77s. The launch date is yet to be officially confirmed by the Chinese smartphone brand, but a fresh leak suggests the latest Oppo A-series phones are set to make their debut by the first week of October. Price details of the Oppo A17, Oppo A17K and Oppo A77s in the country have also been tipped. The Oppo A17 is said to feature a 50-megapixel AI-powered dual rear camera setup.

As mentioned, the Oppo A17 was recently unveiled in Malaysia, priced at MYR 599 (roughly Rs. 10,600) for the sole 4GB + 64GB storage variant. It is offered in Lake Blue and Midnight Black colour options.

The Oppo A17 launched earlier features 6.56-inch HD+ (720×1,612 pixels) display and is powered by a MediaTek Helio P35 SoC, paired with 4GB of RAM. The RAM can be further “expanded” by 4GB by utilising unused storage. A dual rear camera setup led by a 50-megapixel main sensor, a 5-megapixel selfie camera, and 64GB of inbuilt storage are the other key highlights of the phone. The Oppo A17 packs a 5,000mAh battery as well.

Meanwhile, the Oppo A77s is tipped to feature a 6.56-inch LCD display with 90Hz refresh rate. It could be powered by a 6nm Snapdragon 680 SoC, coupled with 8GB of RAM and 128GB of onboard storage. The handset is also tipped to support virtual expansion by utilising unused storage. The Oppo A77s had earlier appeared on several certification websites, which suggested the phone will pack a 5,000mAh battery with support for 33W fast charging.