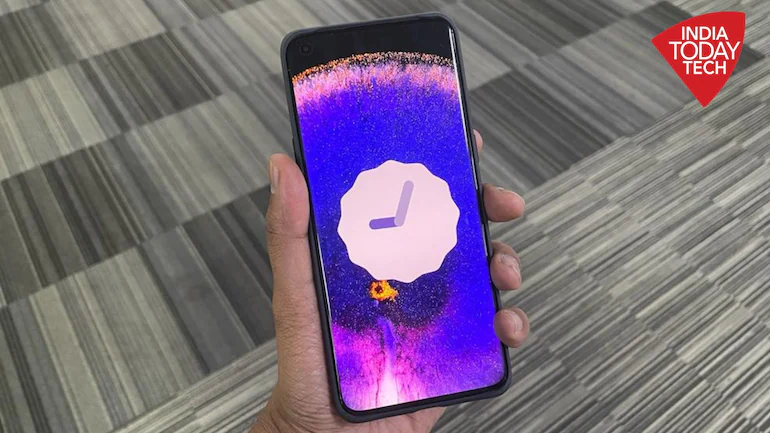 Govt.in Editor
Oppo unveiled its Android 13-based ColorOS 13 today, and the public beta version will start rolling out to a bunch of devices this month. The latest ColorOS iteration brings a more minimalist UI, which the company claims boasts its “Aquamorphic Design” that changes the “colour of light between sunrise and sunset at sea level”. The texts are also becoming bolder and are prominent to maintain readability.

There are some nifty features, and we’ll talk about them in this hands-on experience.Oppo offered us access to the ColorOS 13 beta on its flagship Oppo Find X5 Pro, which remains commercially unavailable in India. However, starting next month, more Oppo smartphones will receive beta access. In October, smartphones like Oppo Reno 8 5G, F21 Pro and the budget Oppo K10 5G will also receive access to ColorOS 13 Beta.

Starting with the drop-down panel, aka, Control Centre, this section now fetches notifications from bottom to up instead of the other way round. Coincidentally, Apple is also offering a similar update with its new iOS 16 for iPhones.

As mentioned, the texts are bolder, which I like, but it is not everyone’s cup of tea. The Control Centre now has big cutouts for Wi-Fi, phone connectivity, and a music player. Again, this is very reminiscent of Apple iOS 15, which rolled out last year. On the top right, Oppo has opted to add three-vertical dots for extra options. Here, users get the option to customise the notification panel.

Both ColorOS 12 and ColorOS 13 come with 19 static wallpapers, but there are 17 live wallpapers to prominently highlight the version’s Aquamorphic theme. Under the Settings, personalisation is renamed to Wallpapers and Styles — a more user-friendly moniker. The options under these settings remain more or less the same.

Portrait Silhouette under the always-on display setting has been renamed to Canvas, which many OnePlus fans will remember. Also, a new series of AoD images called “Homeland” depicts scenes of wild animals in nature. Oppo says these animations are based on daily temperature changes that will help users pay attention to climate change and the earth we live on.Oppo has partnered with service providers, including Bitmoji, Spotify, Swiggy and Zomato to provide a wide range of convenient and personalised experiences through the Smart Always-On Display. Apple is also working on a similar update on its upcoming iOS 16.The native camera is getting slight tweaks in terms of design. I like that Oppo ColorOS 13 retains the dirty lens warning under the camera settings. Otherwise, the UI is mostly the same, with not too many big changes in terms of the camera (yet). I am yet to test the full potential of the camera performance and whether the app is getting optimised with the latest Android 13-based version.