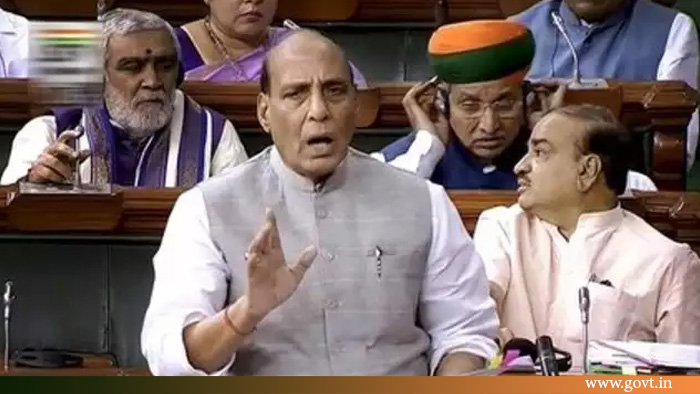 Defence Minister Rajnath Singh on Tuesday said in the Lok Sabha that the BJP has no role in the fuelling crisis in Karnataka and his party never indulges in horse trading.

“Our party has nothing to do with what is happening in Karnataka. Our party has never indulged in horse-trading,” Singh said while addressing the Lower House of Parliament.

“Whatever is happening in Karnataka is Congress’ personal matter. The Congress is not able to handle the situation and is also trying to disturb the Lower House of Parliament,” he added.

The 13-month old Congress-JDS government slumped into crisis following the resignation of 11 MLAs from the membership of the state Assembly on Saturday.

JDS rebel MLA H Vishwanath had said that 14 MLAs have jointly tendered their resignations to Speaker KR Ramesh Kumar and requested him to accept them.

Among the MLAs who resigned are Ramalinga Reddy, Anand Singh, Ramesh Jarkiholi, BC Patil, H Vishwanath, Narayan Gowda, S Hebbar, Mahesh Kumatalli, Gopalayya, and Pratap Gowda Patil. However, the Speaker is yet to accept the resignations.

With inputs from TOI

EPFO to accept Aadhaar as birth proof online from subscribers

Indian Police Force To Get Training To Combat Bitcoin Scams