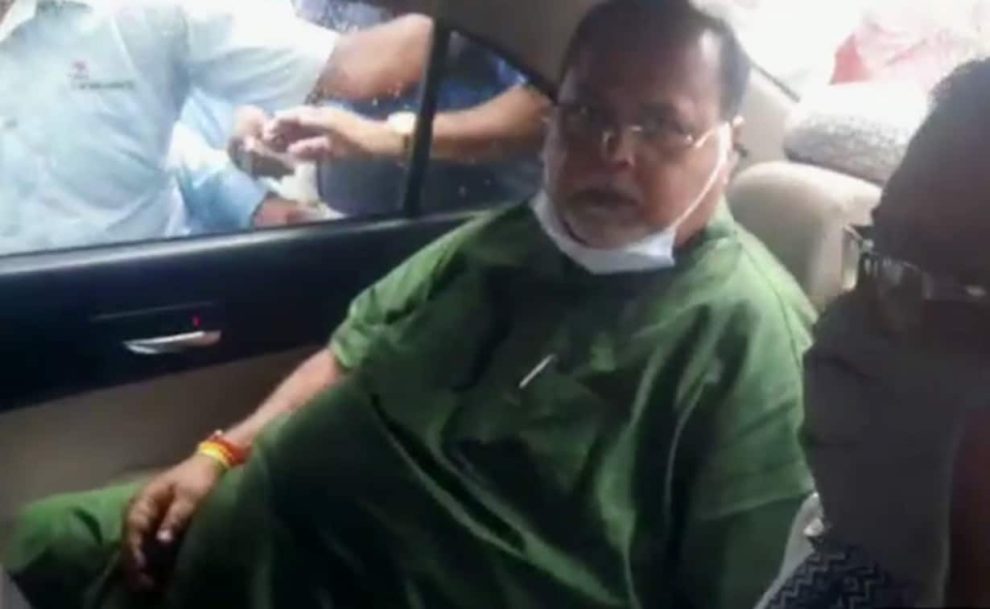 On a day when the West Bengal assembly passed a resolution against the alleged misuse of central agencies, the Enforcement Directorate said it has attached assets worth over ₹ 100 crore allegedly linked to sacked Trinamool Congress Minister Partha Chatterjee and his associate Arpita Mukherjee as part of a money laundering probe into the teachers’ recruitment ‘scam’.

In the first chargesheet filed by the federal agency in the case on Monday, Ms Mukherjee, Mr Chatterjee and six companies have been named accused.

In the alleged scam, meritorious candidates in the state were not given jobs and, and in their place, “non-deserving” candidates were given jobs in exchange for “bribes”.

The chargesheet was filed on a day when Bengal Chief Minister Mamata Banerjee gave an exoneration of sorts to Prime Minister Narendra Modi on the issue of businessmen under the radar of investigative agencies fleeting the country. That blame, she said, should go to the “BJP leaders (who) are conspiring”, pointing out that the CBI now reports to the Union Home Ministry, controlled by Union Home Minister Amit Shah.

“Many of you don’t know that the CBI doesn’t report to the PMO (Prime Minister’s Office) anymore. It reports to the Home Ministry. Some BJP leaders are conspiring and they go to Nizam Palace often,” the Chief Minister added during her speech in the assembly, seemingly pinning the blame on Amit Shah while exonerating the Prime Minister.

The attached properties include 40 immovable assets such as a farmhouse, flats and “prime land” located in Kolkata worth a total of ₹ 40.33 crore, apart from ₹ 7.89 crore worth deposits kept in 35 bank accounts, the ED said, adding that the attached properties are found to be beneficially owned by Partha Chatterjee and Arpita Mukherjee.

The ED had arrested Partha Chatterjee and Arpita Mukherjee on July 23 after carrying out search operations at various premises linked to them across the state.

Mr Chatterjee is now being questioned by another central agency, the CBI, which is investigating the case following a Calcutta High Court’s order.

(Except for the headline, this story has not been edited by GOVT.in staff and is published from a syndicated feed.)
Tagsscam