Over 50 shops gutted in fire at market in Delhi's Chandni Chowk, blaze under control - Govt.in - Telling the truth- always! 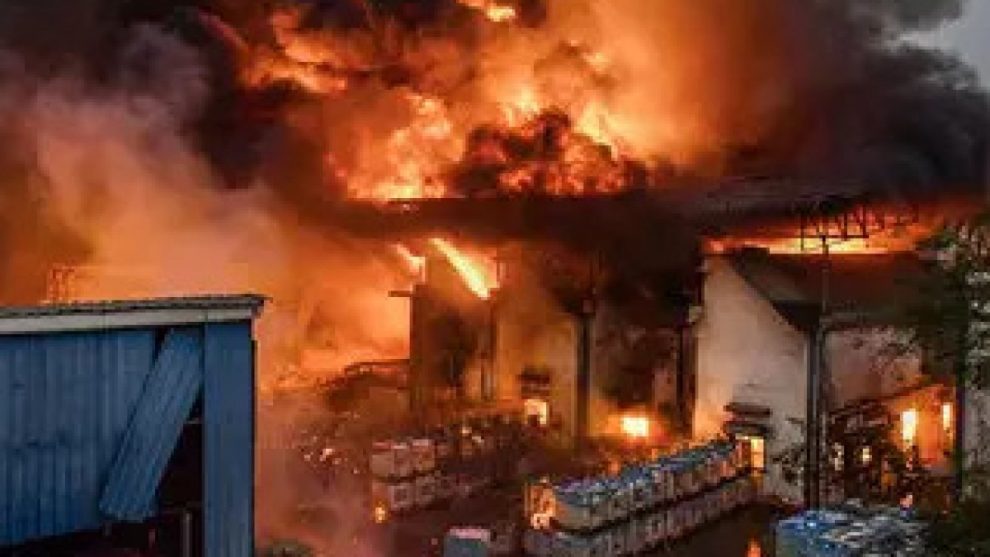 A major fire that broke out at an electronic shop in the wholesale market of Bhagirat Palace area in North Delhi’s Chandni Chowk on Thursday has destroyed 50 shops. The firefighters who were at the spot since 9.20 pm last night were finally able to douse the flames on Friday morning.

As many as 22 fire tenders are now at the spot for cooling operations.
According to the fire department, a call about the blaze was received at 9.19 pm and 30 fire tenders were pressed into action. Preliminary inquiry has suggested that the fire started at a shop and spread to adjacent shops in the market, all dealing in supplying electrical appliances.

However, no deaths have been reported in the incident and the cause of the fire is yet to be ascertained.

“The situation is not very good as of now. 40 fire tenders are present at the spot. The fire will be brought under control by morning. No casualties have been reported so far. A major part of the building has been damaged, “Atul Garg, Delhi Fire Service Director, had told ANI.