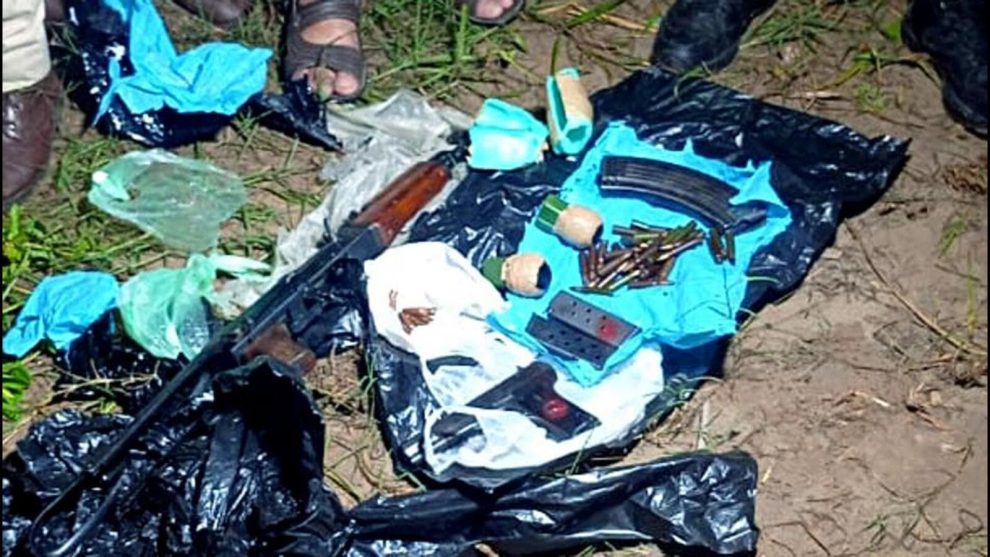 The deceased terrorist was identified as Mohammad Ali Hussain, alias Qasim, alias Jehangir, of Pakistan, reportedly a commander of the LeT

A Lashkar-e-Taiba (LeT) ‘commander’ from Pakistan succumbed to the injuries inflicted in the encounter with a police team after he snatched the rifle from a constable and opened fire during a weapon-recovery operation in Phallian Mandal area of Jammu district, officials said on Thursday.

The constable was also injured in the incident that took place along the Indo-Pak International Border late on Wednesday.

The deceased terrorist was identified as Mohammad Ali Hussain, alias Qasim, alias Jehangir, of Pakistan, reportedly a commander of the LeT.

Additional director general of police (ADGP) Mukesh Singh said, “A police constable and a Pakistani terrorist by the name of Mohammad Ali Hussain alias Qasim, alias Jehangir, who was operating from Kot Bhalwal jail, were injured during a weapon recovery operation by the police in Phallian Mandal area near the International Border at Toph village.”

Both were shifted to a hospital, where the terrorist succumbed to his injuries during treatment, he added.

The LeT terrorist was operating from Kot Bhalwal jail and taken to the spot for the recovery of weapons where he and a constable were injured after the former snatched the rifle of the latter and opened fire on the cops.

In the FIR dated February 24 pertaining to a case of weapon dropping by Pakistani drone and subsequent recoveries of arms and ammunitions, an accused from Jammu had made revelations that a Pakistani prisoner by the name of Mohammad Ali Hussain alias Qasim had been instrumental in weapon smuggling and is the main operative of LeT and al-Badr, said the ADGP.

He was produced in a court and subsequently his remand was taken by the police.

“During sustained questioning, the accused admitted his role in the Arnia weapons’ drop case and also disclosed two locations where the arms and ammunition dropped by drone had been buried. In order to recover the weapons, a police team, along with magistrate concerned, went to two different spots on the border. Though no recovery was made at the first place, at the second place, Toph village near International Border in Phallian Mandal area, a packet of arms, ammunitions and explosives was recovered,” said the ADGP.

“When the packet was being opened, the LeT terrorist attacked one of the police officials and snatched his service rifle. He fired at the police party and tried to flee from the spot. In retaliation, the terrorist got injured and was shifted to GMC, Jammu, along with the injured police official. The terrorist later succumbed to his injuries,” Singh said.

Authorities have launched a search operation in Kathua district after some residents of a border area informed them about suspected drone movement, sources said on Thursday.

According to the sources, the suspected drone movement was reported by residents of the Handey-Chak area of Marheen on Wednesday night.

The search operation is underway and nothing suspicious has been found yet in the area, they said.