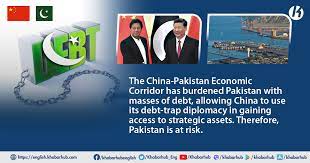 Pakistan’s new government is in the process of dissolving the China-Pakistan Economic Corridor Authority formed in 2019 after consulting Chinese officials. Pakistani media reported that PM Shehbaz Sharif has approved in principle to abolish the CPEC Authority after consultation with China and confirmation from both sides. Pak government officials believe the dissolution of the authority would help fast-track the implementation of the multi-billion-dollar project. Meanwhile, China put up a brave face defending its ambitious Belt and Road Initiative, playing down reports highlighting that Xi Jinping’s pet strategic project is turning out to be a ‘road nowhere’ with many recipient countries like Pakistan and Sri Lanka failing to repay loans. Watch this video for more details.