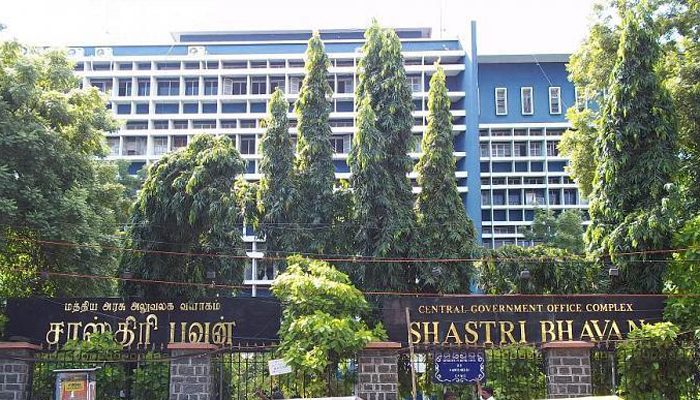 NEW DELHI: A floor of the Shastri Bhavan, a government building that houses several ministries, was on Tuesday partially sealed after a law ministry official tested positive for coronavirus.
This is the second incident in the Lutyens’ zone of the sealing of the government office. The NITI Aayog building was sealed last month.
According to two senior government officials, an officer of the Law Ministry, housed in the fourth floor of the Shastri Bhavan, has tested positive for COVID-19.
As per the protocol, the contact tracing has been initiated, they said.
The fourth floor ‘A’ wing from gate number 1 to gate number 3 has been sealed and is being disinfected. Certain gates and lifts will also remain closed till Wednesday, the officials said.
Before Niti Aayog, Rajiv Gandhi Bhawan, which houses the Civil Aviation Ministry, was also sealed for sanitisation after a COVID-19 positive case was detected.
In other such incidents, the CRPF headquarters and a portion of the BSF headquarters were sealed recently. These buildings are in CGO Complex in the national capital.