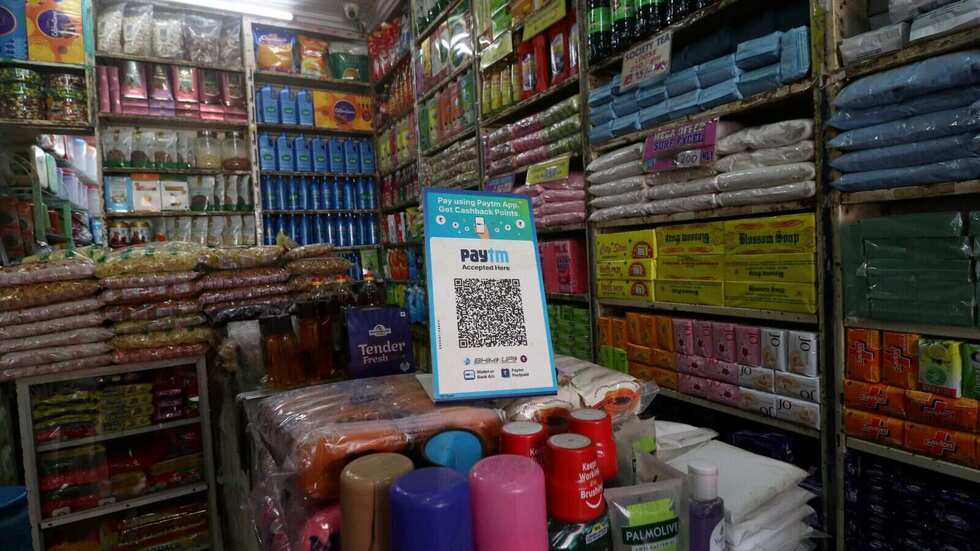 Shares of One97 Communications, Paytm’s parent firm, on Tuesday plunged to an all-time low after Macquarie Group analysts flagged risks from billionaire Mukesh Ambani’s foray into the financial services business with Jio Financial Services.
In a note, the Macquarie Group analysts led by Suresh Ganapathy said that Reliance Industries Ltd’s Jio Financial Services Ltd “can pose a significant growth and market-share risk” for players like Paytm and Bajaj Finance.
Shares of the digital payments giant fell over 11% in Mumbai, to head for their lowest level since the firm’s debut on exchanges last year in November. Shares of Paytm were trading 9.23% lower at ₹487.45 apiece on the NSE in today’s afternoon deals.
The stock has dropped as much as 75% from its listing price as Paytm’s losses widened and SoftBank Group Corp lowered its stake in the platform. In the last 7 days, the stock went down by 23%.
JFS could become 5th largest fintech firm
Recently, RIL announced to demerge its financial services business and rename it as Jio Financial Services. JFS could become India’s fifth largest financial services firm in terms of net worth behind HDFC twins, SBI, ICICI Bank and Axis Bank, a report by Macquarie analysts suggested.
Macquarie analysts believe that RIL already has a non-banking finance firm license, which it can leverage to kickstart consumer and merchant lending in a big way. The analysts have a target of ₹450 on Paytm with an underperform rating.
The caution comes after RIL said it would spin off and list its financial services unit to bolster its presence across consumer businesses. This throws up a new challenge for Paytm, which has struggled since its $2.3 billion IPO last year, which was one of the biggest offerings in India ever.
Mehta Securities analyst Prashanth Tapse added, “Jio’s plan has added woes for Paytm. The plummeting valuations of consumer technology companies is making it difficult for new investors to keep faith in these stocks.”

Earlier November, the lock-in period ended for the pre-offer investors that had invested in Paytm, which was listed on the bourses in November 2021.
As per bulk deal data available with the National Stock Exchange (NSE), SVF India Holdings (Cayman) Ltd sold around 2,93,50,000 shares, aggregating to 4.5% stake in the firm.
SVF India is a subsidiary of SoftBank.
The shares were offloaded at an average price of ₹555.67 per piece, taking the transaction value to ₹1,630.89 crore.
SoftBank is the second largest shareholder with 17.45% stake in the company.
Post the transaction, SoftBank’s shareholding will decrease to 12.95% as against 17.45% stake in the digital payments giant.
With agency inputs
(Except for the headline, this story has not been edited by GOVT.in staff and is published from a syndicated feed.)