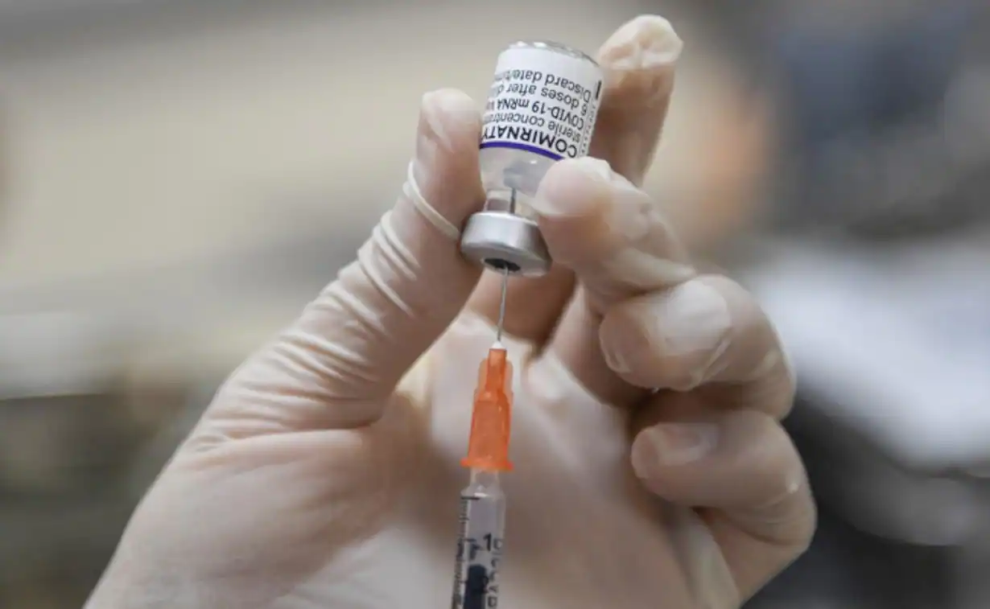 Vaccines targeting the coronavirus strain that spread in early 2020 and their effectiveness against infection has dropped markedly as new mutants came along, particularly the super-contagious omicron family.

The Food and Drug Administration ordered vaccine makers to tweak their shots to target BA.4 and BA.5 that are better than ever at dodging immunity from earlier vaccination or infection.

Pfizer and its partner BioNTech aim to offer updated boosters to people 12 and older, and shots could begin within weeks if the FDA quickly clears the modified vaccine — a step not expected to require waiting on new studies.

Moderna is expected to file a similar application soon for updated boosters for adults. The U.S. has a contract to buy 105 million of the Pfizer doses and 66 million Moderna ones, assuming FDA gives the green light.

“It’s going to be really important that people this fall and winter get the new shots. It’s designed for the virus that’s out there,” White House COVID-19 coordinator Dr. Ashish Jha said last week.

For now at least. BA.5 currently is causing nearly all COVID-19 infections in the U.S. and much of the world. There’s no way to know if it still will be a threat this winter — or if another mutant will have replaced it.

The vaccines currently used in the U.S. still offer strong protection against severe disease and death, especially if people have gotten their recommended boosters. But those vaccines target the coronavirus strain that spread in early 2020 and their effectiveness against infection has dropped markedly as new mutants came along, particularly the super-contagious omicron family.

How would combo shots work?

Sort of like a second-generation vaccine. Both the Pfizer and Moderna vaccines contain the genetic instructions for the spike protein that coats the coronavirus, to train the immune system to recognize the real virus. The new combo doses will contain instructions for both the original spike target and the spike mutations carried by BA.4 and BA.5.

The news comes after Britain a week ago became the first in the world to authorize a different update to Moderna’s COVID-19 vaccines — shots that add protection against the original omicron that struck last winter.

European regulators also are considering the original omicron versions by Moderna and Pfizer. The U.S. opted not to use that earlier tweak — setting up a fall where different countries will be using different versions of booster shots to rev up protection against another possible winter surge.

What was the approach followed?

In the U.S., the FDA will be relying heavily on scientific testing of prior tweaks to the vaccine recipe — rather than a study of the newest boosters that could take months — to decide whether to fast-track updated shots for fall.

Pfizer previously announced results from a study that found its earlier omicron tweak significantly revved up antibodies capable of fighting the first omicron version, called BA.1, and to a lesser degree the genetically distinct BA.4 and BA.5 omicron relatives. Its application to the FDA contains that data plus animal testing of the newest recipe update.

It’s similar to how flu vaccines are updated every year without having to undergo large studies.

Pfizer and BioNTech expect to start a trial using the BA.4 and BA.5 boosters in the coming weeks, to shed additional light on how well tweaked shots work. Moderna has begun a similar study although full results wouldn’t be available before a fall booster campaign.

It’s clear that none of these vaccines are going to completely prevent infection,” said Dr. Rachel Presti of Washington University in St. Louis, a researcher with the Moderna trial.

But prior studies of variant booster candidates show “you still get a broader immune response giving a variant booster than giving the same booster” again, which should be helpful even if a newer omicron relative emerges, she added.

Pfizer and Moderna don’t make the only U.S. vaccine options. Novavax makes a more traditional, protein-based shot — and U.S. health authorities just expanded its use for people as young as 12. Novavax also plans to offer a variant update later in the year.