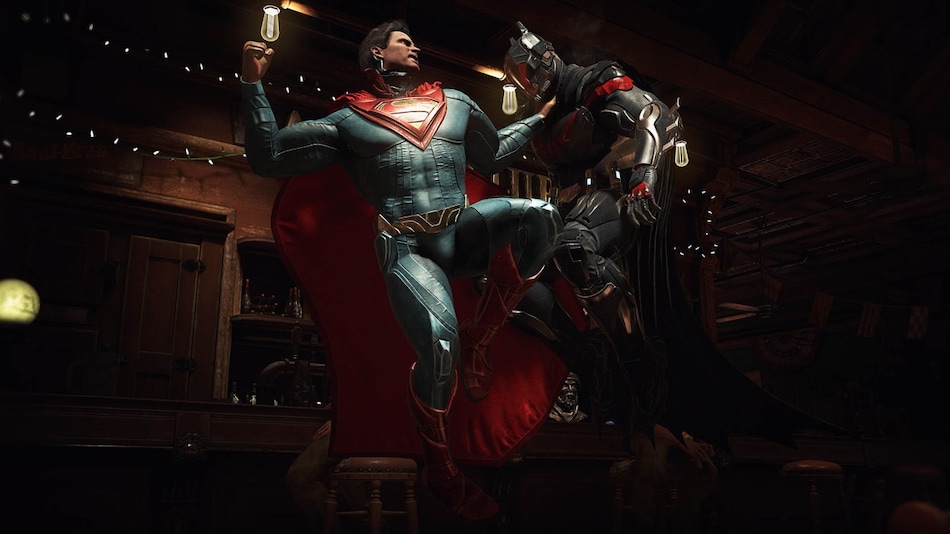 PlayStation Plus’ monthly free games for October 2022 have been announced. These games will be available to members of PS Plus Essential, Extra, and Deluxe/ Premium plans, starting next week. On October 4, PS Plus subscribers gain access to the racing game Hot Wheels Unleashed, side-scrolling superhero fighter Injustice 2, and the smash-hit FPS Superhot. These titles can be added to your PS games library until October 31, after which you will be required to hold onto your subscriptions to play them.

Sony confirmed the additions on the PlayStation Blog late on Wednesday, stating that the higher-tier PS Plus Extra and Premium/ Deluxe subscribers have new titles coming later this month.

PS Plus October 2022: Hot Wheels Unleashed
Collect vehicles, build spectacular tracks, and unleash your toy cars into this arcade sim based on the Hot Wheels universe. Players can compete in two-player split screen or online multiplayer against others to come out on top and earn rewards to unlock more cars — fully customisable with paint jobs and attachments like tire rims. Once you’ve raced, head into the creation mode where you can build miniature courses, featuring loops, special boosters, and obstacles to stun your opponents. Hot Wheels Unleashed will be available to play on PS4 and PS5.

PS Plus October 2022: Injustice 2
The creators of Mortal Kombat return to the DC Universe with an expansive cast of iconic superhumans, as they clash against each other in epic-scale battles. The sequel, Injustice 2 expands upon Superman’s mad tyrant arc, whilst adding gameplay improvements such as a gear system, which offers character-specific costume pieces and equipment with status-altering effects. The primary mechanics, however, retains the side-scrolling fighter perspective, with over-the-top special moves akin to the Fatalities from the MK universe. Injustice 2 will be available to play on PS4.

PS Plus October 2022: Superhot
Blurring the lines between strategy and pure mayhem, Superhot throws you into a polygonal realm, outnumbered and outgunned, as you pick up dropped weapons to slice and manoeuvre through an onslaught of slow-motion bullets. In this universe, time only moves when you do, with a single-hit death mechanic which forces you to strategise each step. Superhot will be available to play on PS4.

Sony also reiterated that all PlayStation Plus subscribers have a few more days — until October 3 — to add the AAA racing title Need for Speed Heat, Granblue Fantasy: Versus, and indie gem Toem to their library. These are the three free games that were announced for September.