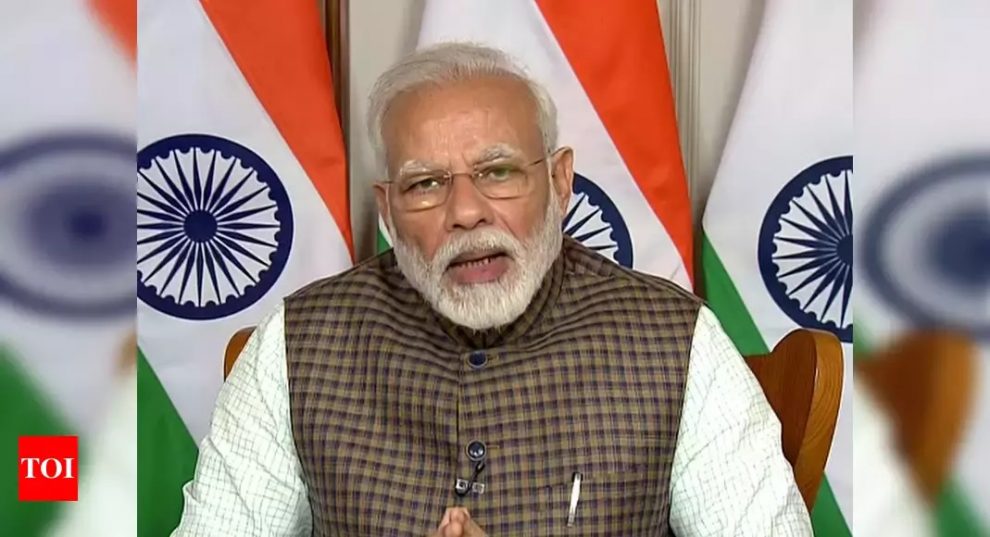 NEW DELHI: Prime Minister Narendra Modi on Thursday spoke with the crown prince of Abu Dhabi Sheikh Mohammed Bin Zayed Al Nahyan and the emir of the state of Qatar Sheikh Tamim Bin Hamad al Thani and discussed the situation arising out of the coronavirus outbreak.
During his telephonic conversation with the crown prince, the prime minister thanked him for his personal attention to the health and safety of Indian expatriates in the present situation, an official statement said.
The two leaders exchanged information and views on the ongoing Covid-19 pandemic, the situation in their respective countries as well as the steps being taken by their governments, it said.
They agreed that the next few weeks would be crucial to control the spread of the virus and required concerted and coordinated efforts by all countries.
In this context, they appreciated the organisation of a Virtual Summit among G20 leaders earlier in the day to discuss the pandemic.
Both the leaders emphasised the importance they attach to the strength and richness of the bilateral relationship, the statement said.
They agreed to maintain regular consultations between their officials in the present situation, particularly to ensure continuity of logistical supply lines.
The crown prince assured Modi about the welfare of the over two million Indians living in UAE and contributing to its economy.
During their conversation, Modi and the emir of Qatar expressed hope that the efforts and measures being taken to stop the spread of the disease by all affected countries would yield early and positive results, the statement said.
They emphasised the importance of international solidarity and information-sharing in fighting the pandemic.
The prime minister thanked Sheikh Tamim bin Hamad al Thani for his personal attention to the welfare of the Indian nationals living and working in Qatar, particularly in the present situation, according to the statement.
The emir assured the prime minister about the safety and welfare of all Indian expatriates in Qatar.
The two leaders agreed to maintain regular contact and consultation on the evolving situation, it said.