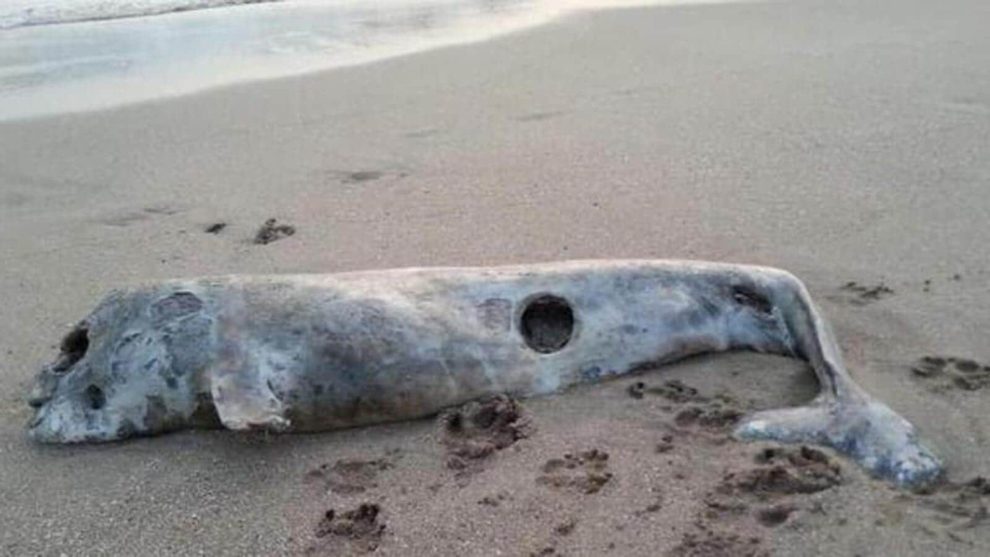 Kolkata News : The Indo-Pacific Finless Porpoises are among the smallest species of whales, dolphins and porpoises and tend to live in shallow, coastal waters including estuaries, bays and mangrove swamps A team of biologists working along a stretch of a beach in East Midnapore found the carcasses.

Carcasses of at least four Indo-Pacific Finless Porpoises with fins allegedly chopped off were found in the coastal district of East Midnapore in West Bengal on Friday.

A team of biologists working along a stretch of a beach in East Midnapore found the carcasses.

“We have been working in this 10km stretch of the beach for more than a decade now. Earlier too, we had spotted carcasses of dolphins and porpoises being washed ashore. However, in the last two years, we have found carcasses of at least four porpoises with their fins chopped off,” said Punyasloke Bhadury, a professor of biological sciences at IISER in Kolkata.

The scientists have already alerted the Wildlife Crime Control Bureau (WCCB) and the state forest department.

“Their fins were chopped off and we found it unusual. There could be some illegal activities going on and we have flagged it to the WCCB and the forest department. WCCB officials have responded to our alert,” said Bhadury.

The most distinct feature of the finless porpoise is that it lacks a dorsal fin. Instead, it has large flippers on their sides. The team which found the carcasses alleged that flippers were chopped off.

“We have received some information and we are working on it. Prima facie, it doesn’t seem to be a large-scale issue. We are examining the cases further,” said Agni Mitra, deputy director of WCCB’s eastern regional office in Kolkata.

The Indo-Pacific Finless Porpoises are among the smallest species of whales, dolphins and porpoises and tend to live in shallow, coastal waters including estuaries, bays and mangrove swamps.

A porpoise is a relative of the dolphin and both are warm-blooded mammals that nurse their young.

The difference is that dolphins have longer snouts, bigger mouths, more curved dorsal fins, and longer, leaner bodies than porpoises.

“It seems to be a very interesting find because we haven’t come across any deliberate killing of dolphin and porpoise so far. These marine mammals get entangled in fishing nets or are accidentally hit by fishing trawlers resulting in deaths. Sometimes the carcass of dolphins or porpoises, which have died after getting entangled in fishing nets, are brought ashore to be cut into pieces and later used as baits for shark hunting,” said Sajan John, co-principal investigator of WTI’s marine project.

Drunk man drags wife by hair, thrashes her on road in Ghaziabad
‘We had decided to target Ganguly’: Shoaib Akhtar reveals he was once asked to hit batters & not dismiss them