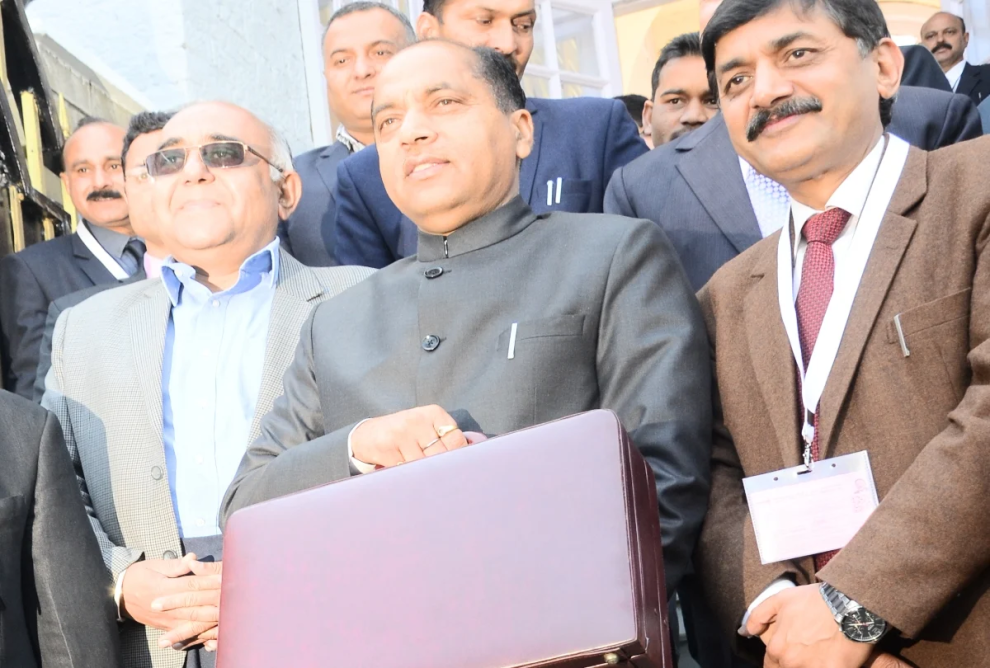 Rachna Gupta’s oath-taking as the new HPPSC head, which was scheduled for Thursday morning, was cancelled at the eleventh hour without any clarification.With less than three months to go for the Himachal Pradesh Assembly elections, the controversy over the appointment of the Himachal Pradesh Public Service Commission (HPPSC) chairperson has come as a fresh worry for the state BJP rank and file.

The Jairam Thakur-led BJP government issued a notification last Wednesday elevating to the HPPSC chairperson’s post its member Rachna Gupta, a former journalist. Gupta’s oath-taking as the new HPPSC head, which was scheduled for Thursday morning, was however cancelled at the eleventh hour without any clarification.

The last-minute cancellation of Gupta’s oath-taking sparked a row as the principal Opposition Congress trained its guns on CM Thakur over it. Asking Thakur why was the event scrapped, the Leader of the Opposition in the state Assembly, Mukesh Agnihotri, said it was the first time in the history of the hill state that the HPPSC head’s oath-taking event was cancelled after the issuance of notification.

The row also sent ripples through the state BJP amid a widespread perception in its ranks that the event was scrapped following the intervention of the central party leadership. The episode was seen as the party leadership’s snub to Thakur’s leadership just ahead of the polls, even as the Congress is gearing up to mount an aggressive campaign and the AAP is looking to make inroads in the state.

Must Read |Polls ahead, from Himachal to MP to Rajasthan, all hail Parshuram

The HPPSC (Members) Regulations, 1971 was notified by the Governor on April 8, 1971, under the provisions of Article 318 of the Constitution. As per these regulations, the Commission will comprise of a chairperson and two members to be appointed by the Governor. Following an amendment, the number of its members was increased to three.

As per the government’s fresh notification, Rachna Gupta was appointed as the HPPSC chairperson along with three members including Rakesh Sharma, Col Rajesh Kumar Sharma (retd) and Om Prakash Sharma. Rachna’s tenure as an HPPSC member was due to end in January next year.

The HPPSC is mandated to advise the state government on all matters relating to the framing of the recruitment and promotion rules, principles to be followed in making appointments, promotion and transfer from one service to another, and in respect of disciplinary matters involving civil servants. Currently, the direct recruitment of the Class-I and Class-II posts of different departments is carried out by the Commission.

“The government decision in this regard has raised doubts. Chief Minister Jai Ram Thakur must clarify to the people of Himachal Pradesh what prompted the government to go about these appointments in the prestigious institution of HPPSC in such a fishy manner. This is an election year and most of the recruitments are to be made through HPPSC. Does it mean that the present government wanted to give appointments in HPPSC to its favourites so that people of a particular political ideology could be given jobs?” asked Naresh Chauhan, the state Congress vice president.In a state that has not seen any incumbent party returning to power since the 1990s, the upcoming elections will be a litmus test for Jairam Thakur. A number of BJP leaders have jumped ship and joined the Congress over the last few weeks. The HPPSC appointments fiasco has come as another setback for Thakur whose formidable task is cut out.