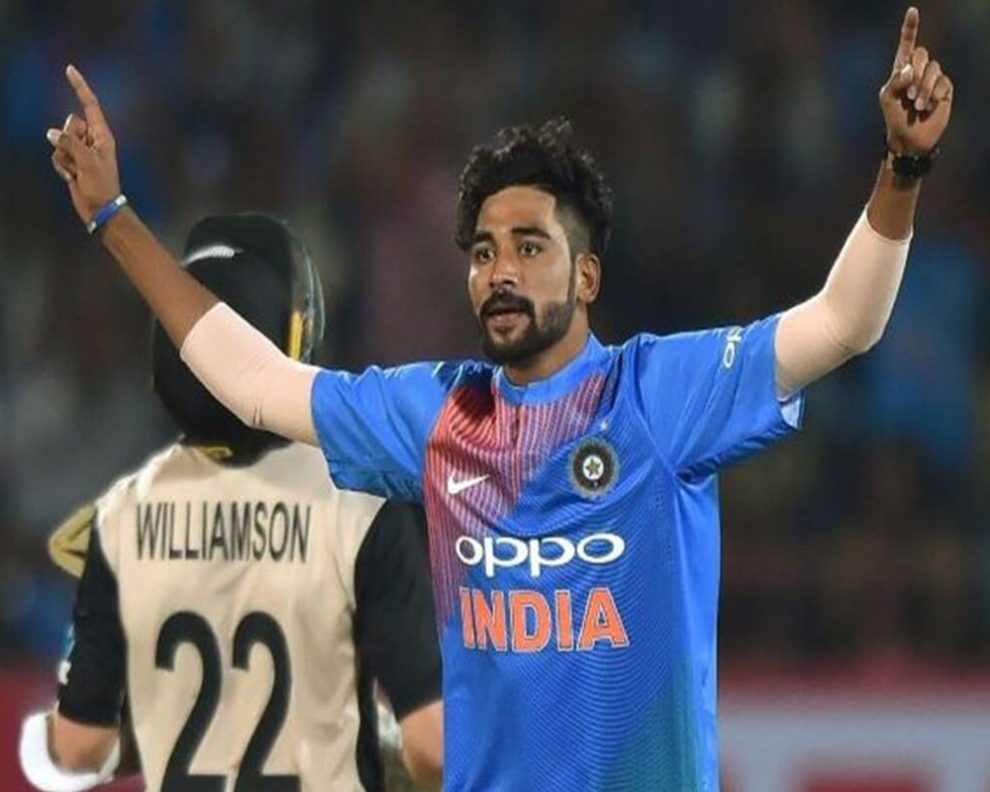 The final T20I encounter between India and New Zealand on Tuesday ended in a tie (D/L method). After hosts New Zealand scored 160 in 19.4 overs, Rain stopped play with the visitors on 75/4 in 9 overs during chase. As per the Duckworth-Lewis method the scores were level. The star performer for India was Mohammad Siraj, who bowled magnificently by picking up four wickets for just 17 runs. He was adjudged ‘Player of the Match’ for his outstanding performance. The Indian spearhead who was on standby at the recently concluded T20 world cup held in Australia bowled beautifully in these inclement weather conditions.

Arshdeep Singh too picked up four wickets conceding 37 runs from his quota of 4 overs. These two star bowlers performed in tandem which prevented New Zealand to post a big total on the board. Untimely rain played a spoilsport which would have been a cliffhanger otherwise.

“Not in our hands, the weather. All three matches, that was there. Good to get a win,” said Siraj. As New Zealand bowlers picked up early wickets to keep India at 75/4. The match got abandoned. Eventually, India won the series 1-0.