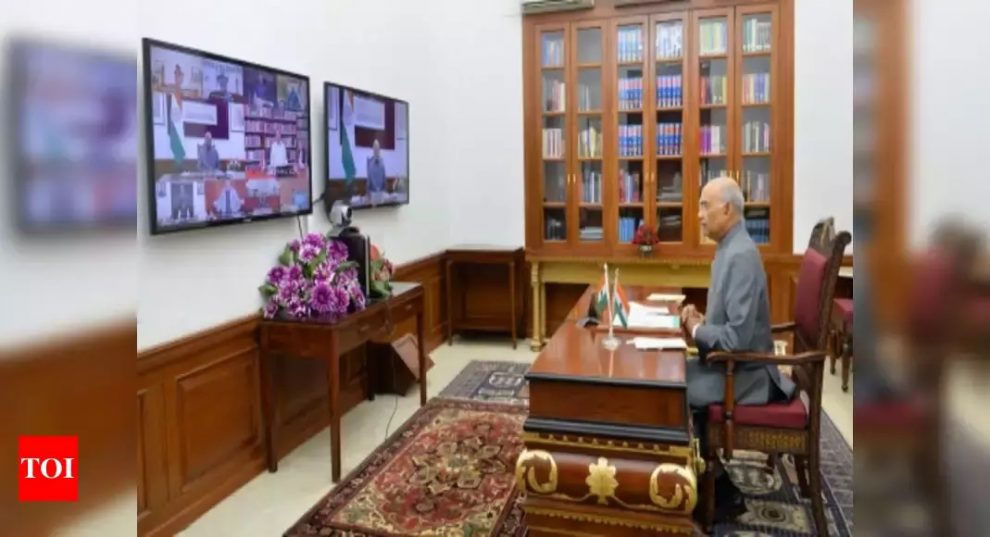 NEW DELHI: President Ram Nath Kovind Friday asked governors and Lt governors of states and union territories to rope in volunteers from the Red Cross and other religious organisations to contain the spread of coronavirus “at the earliest”, an official spokesman said. Addressing governors and LGs through a video conference, the President expressed hope that the Indian society’s inherent strength of “sharing and caring” and the government’s measures would mitigate the sufferings of the most vulnerable sections of the society, particularly the workers of the unorganised sectors and the destitute.
The conference, which was also attended by Vice President M Venkaiah Naidu, was held to find ways to complement the efforts of the Centre and the state governments in meeting the challenges arising from the outbreak of covid-19.
In the video-conference, 14 governors and Delhi’s Lt. governor were shortlisted to share experiences in their territories as their areas are among the worst-hit parts of the country.