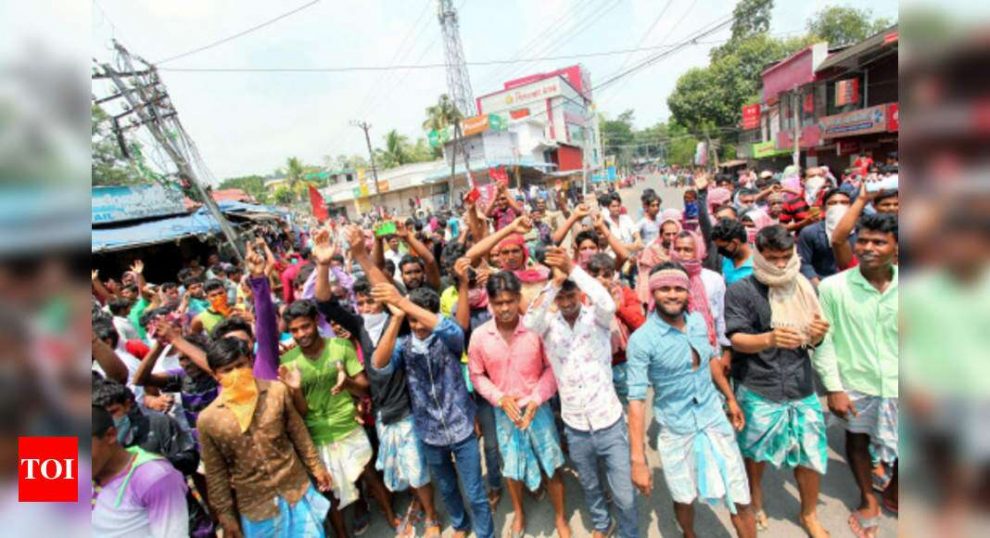 KOTTAYAM: Prohibitory orders under section 144, CrPC were issued in Kottayam district on Monday, a day after a village near Changanassery saw a massive protest by hundreds of migrant workers, violating the 21-day lockdown announced by Prime Minister Narendra Modi to curb the spread of the coronavirus.
District collector P K Sudheer Babu issued the prohibitory orders as a measure “to prevent the spread of the coronavirus in the district”, officials said.
The orders were issued following reports submitted by the district police chief and sub-divisional magistrate, stating that there were instances of public gathering in the district even after the government announced measures to curb the spread of the coronavirus, officials said.
Seeking transportation to travel to their native places, hundreds of migrant workers took to the streets in Payippad village, near Changanassery, on Sunday, violating the 21-day nationwide lockdown.
The Kerala government quickly stepped in to defuse the tension by deploying police force and sending the Kottayam district authorities to pacify the agitating migrant workers, who are called guest labourers in the state.
The district collector and superintendent of police held talks with the migrant workers and managed to send them back to their camps.
More on Covid-19