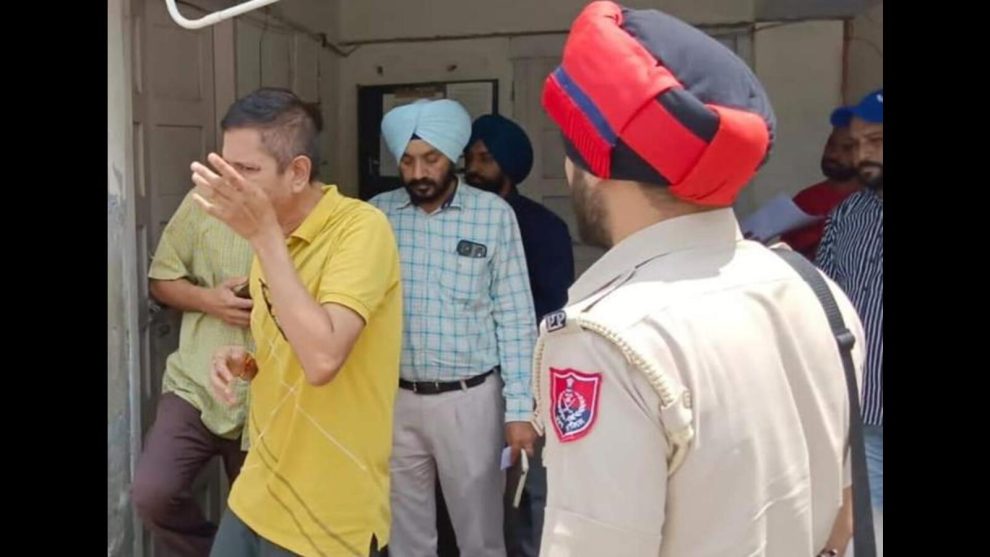 Sangrur regional transport authority Ravinder Singh Gill, who is the kingpin, and motor vehicle inspector Mahinder Pal are among those booked for taking bribes to issue the certificates

The Punjab vigilance bureau (VB) has unearthed a scam involving the issuance of vehicle fitness certificate in the Sangrur regional transport authority (RTA) office and arrested three people, including two employees and a middleman.

They have been booked under Sections 420 and 120-B of the Indian Penal Code and Sections 7 and 7A of the Prevention of Corruption Act at the VB police station in Patiala.

According to VB sources, RTA Ravinder Singh Gill is the kingpin of the scam. “He was earlier posted in Bathinda as MVI and was carrying out the same illegal practice. Later, he was transferred to Sangrur, where he resorted to the malpractice again,” a VB official said.

He said that according to rules of the transport department, owners of all commercial vehicles are to obtain the fitness certificate from the RTA office to ply on roads and all such vehicles along with their documents have to be physically inspected by the MVI in his office.

These officials in connivance with agents and middlemen were issuing fitness certificates without physical verification of vehicles in lieu of bribes ranging from ₹2,800 to ₹1,000 per vehicle, depending on the model. In this way, the RTA and MVI were passing vehicles only on the basis of documents without inspecting the vehicles at the designated place.

On the basis of complaints in this regard, a VB team conducted a surprise check at the office of the Sangrur MVI that exposed the scam. Besides recovering about ₹40,000 given as bribe, incriminating documents were found.

“Preliminary investigation shows the scam was going for the past eight years. More than 2,000 to 2,500 vehicles were being issued fitness certificates every month, which was not possible for a person to inspect. A bribe of ₹35- ₹40 lakh was being collected every month, making this scam run into crores,” the SSP said.

Gautam Gambhir confirms his participation in second season of Legends League Cricket
Jharkhand: 19 women in this tribal village are in jail for ‘witchcraft killings’