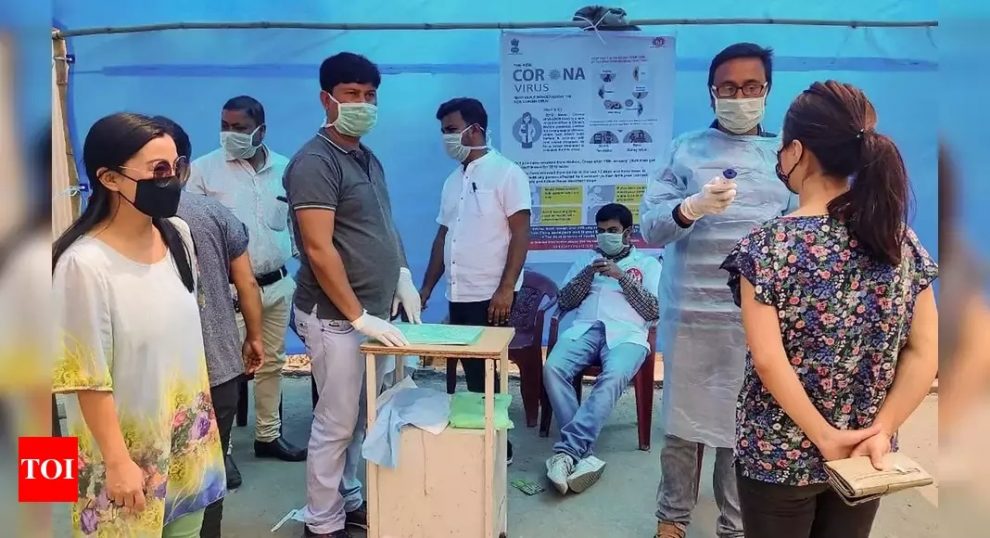 NEW DELHI: The government has decided that private laboratories with Covid-19 testing kits approved by the US Food and Drug Administration (US FDA) can start testing suspected cases, significantly adding to the scope and numbers of persons who are being tested. The cost of such tests will also be specified.
So far, government labs had carried out the tests and even this number has risen to 111, an increase from some 70-odd that were involved in testing for Covid-19 till a few days ago. Allowing private labs — around 50 initially — will also help address criticism that too few tests are being carried out.
More on Covid-19
The government has broadened the criteria for testing to all hospitalised cases of pneumonia beyond the random testing of ICU patients. The testing had been restricted to persons complaining of Covid-19 symptoms with a history of foreign travel of those who came in contact with such persons.
Meanwhile, ICMR maintained that community transmission of the disease has not been documented as yet. It added that testing strategy would be changed further if there is evidence of a community spread.
While allowing private labs to test, the Centre on Saturday said they can do so based on a prescription from a registered physician and as per testing guidelines and protocols issued by the Indian Council of Medical Research (ICMR). The US FDA approval for kits is the key criteria apart from SOPs for bio-safety of samples and collection procedures.
“We have arrived at a decision on allowing private labs. The order detailing eligibility to participate in the programme and the cost of such tests done by private labs will be issued by evening,” a senior official told TOI. The government has ramped up its network with 111 public sector laboratories now offering Covid-19 tests across the country.
“Private labs will be guided by testing protocols and criteria fixed by ICMR,” health ministry joint secretary Lav Agarwal said, emphasising that testing should not be “out of fashion” or as “a confidence-building exercise”.
Meanwhile, testing protocols were also revised on Friday to include all hospitalised patients with severe acute respiratory illness (fever and cough and/or shortness of breath). It also said that “asymptomatic direct and high-risk contacts” of a confirmed case should be tested once between day 5 and day 14 of coming in contact.
According to the advisory, direct and high risk contacts include those who live in the same household with a confirmed case and healthcare workers who examined a confirmed case without adequate protection.
The government maintained most Covid-19 cases in India so far are related to travel and local transmission from imported cases to their immediate contacts. “The testing protocol is based on a response according to the evolving situation. Public health experts take note of the evolving situation, discuss it and then accordingly take decisions,” Agarwal said.
Ramping up preparedness for a possible influx of patients, the government also initiated training for critical care management at 1,000 locations through video conference, and said it would conduct a nationwide mock drill on Sunday for emergency response to handle coronavirus cases.
The government has also instructed states to augment production and supply of masks and sanitisers by doing away with permissions for capacity augmentation for existing sanitiser manufacturing units. Similarly, deodorant manufacturers have been asked to produce sanitisers to meet the increasing demand. Alcohol manufacturers have also been asked to supply the raw material, and also set up units on their own if possible.
The government has also fixed the prices of masks and sanitisers under the Essential Commodities Act to avoid overpricing of these products. While the 2-ply and 3-ply masks carry a maximum retail price of Rs 8 and Rs 10 per piece respectively, the price of a 200 ml sanitiser unit has been fixed at Rs 100.