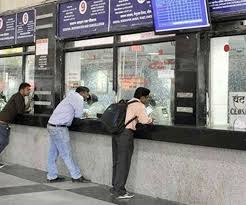 NEW DELHI: Signalling a return to pre-lockdown normalcy, the railway ministry said ticket reservation counters will be opened in a phased manner across the country from Friday.
While citing there was brisk booking of tickets for 200 new trains soon after IRCTC opened its window on Thursday, railway minister Piyush Goyal said that reverse booking has also started across several cities indicating people are ready to come back to work.
Goyal said reverse booking was a positive indicator as normalising rail services will help people return to their place of work. He said passengers can book tickets at around 1.7 lakh common service centres from Friday. He added announcements would be made soon for resumption of more trains.
“Besides counters at stations, people can book or cancel tickets at post offices, Yatri Ticket Suvidha Kendra (YTSK) licensees and through authorised agents of IRCTC as well. Zonal Railways have been instructed to decide and notify opening of reservation counters as per local needs and conditions,” a railway ministry official said.
Earlier in a live video interaction with BJP spokesperson Sambit Patra, Goyal had said, “We have to bring the country back to normalcy. Towards this, we had started Rajdhani trains and now we will start operation of 200 trains across the country…We are developing a protocol to identify the specific stations where counters can be opened in the next two-three days. We have to ensure there are no large crowds gathering at counters to book tickets and so we are studying the situation and devising a protocol for this.”
Meanwhile, the railway ministry said more than 2.37 lakh tickets had been booked online for 5.51 lakh passengers in 101 trains in the first six hours. Earlier in the day, Goyal said they were taking little more time to allow booking in trains heading to eastern states which have been impacted due to the cyclone.