Rajasthan BJP MLA brings cow to assembly to protest against government, it runs away | Watch - Govt.in - Telling the truth- always! 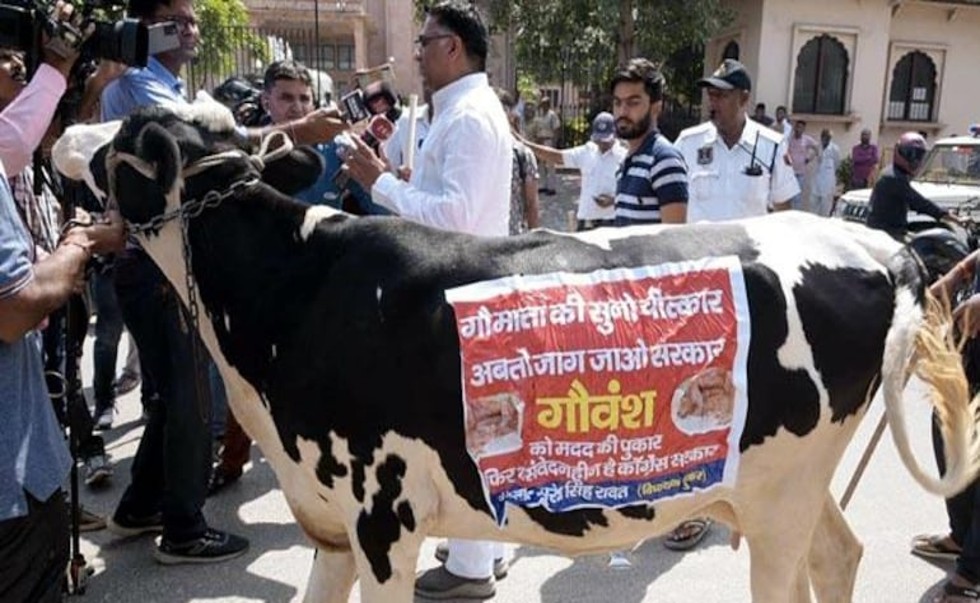 BJP MLA Suresh Singh Rawat arrived at the Rajasthan Assembly on Monday with a cow to draw the state government’s attention to the lumpy skin disease. However, the cow ran away before the minister could reach the assembly premises.

Rawat was addressing the media outside the assembly gate when the cow ran away from the spot dragging the man holding on to the rope that it was tied to. Rawat, in a tweet reacting to Congress’s Govind Singh Dotasra said, “Even the cow is angry with this insensitive government.”

Holding a stick in his hand, the MLA told reporters that cows are suffering from lumpy skin disease but the state government is in a deep slumber. “To draw attention towards lumpy disease, I brought a cow to the Vidhan Sabha (campus),” Rawat said.

According to the animal husbandry department data on Monday, 59,027 cattle have died due to lumpy skin disease and 13,02,907 have been affected.