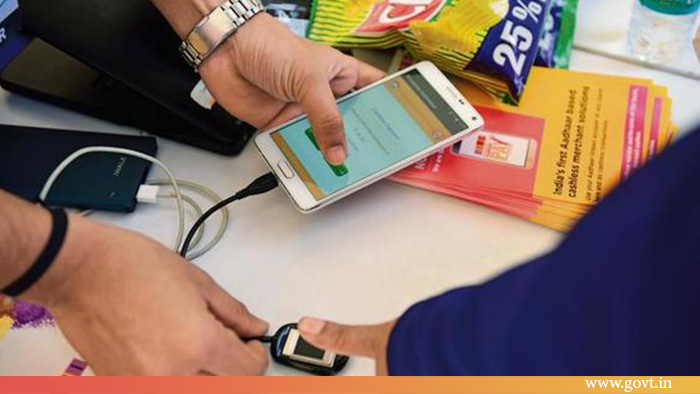 On Monday the Rajya Sabha passed the Aadhaar and Other Laws (Amendment) Bill, 2019, enabling voluntary linking of the 12-digit identification number as part of KYC (know your customer) guidelines to open bank accounts or get a mobile connection.

The law guarantees no individual is ever denied any service for not producing/having Aadhaar for authentication. An Aadhaar holder can now opt for offline verification through QR code with consent.

The cost of e-KYC verifications for banks, financial technology companies, and telecom service providers had risen substantially after the Supreme Court ruled in September that Aadhaar could only be used in direct benefit transfer for welfare schemes.

It had also prohibited private companies from using the unique identity number for authenticating customers. Citing privacy concerns, the apex court had last year said that it was not mandatory for customers to link their Aadhaar number with their respective bank accounts or mobile phone numbers.

In February, the Centre had begun in statute to amend three laws—1. Aadhaar (Targeted Delivery of Financial and Other Subsidies, Benefits and Services) Act, 2016,
2. Indian Telegraph Act, 1885 and
3. The Prevention of Money-laundering Act, 2002

This is to enable the government’s decision for voluntary use of Aadhaar for fulfilling KYC norms. After that, the Aadhaar and Other Laws (Amendment) Bill, 2019 got Lok Sabha’s approval last week. The bill will become a law after it receives the President’s nod.

Here’s how you can delink your Aadhar from your Bank account.

The amendments in the law will permit (UIDAI) `the authority responsible for issuing Aadhaar numbers to hold back the misuse of 12 digit identification number.

About the issue, last month the center said,

“After this amendment, no individual shall be compelled to provide proof of possession of Aadhaar number or undergo an authentication to establish his identity unless it is so provided by a law made by Parliament,”

Further, UIDAI can also impose a penalty of up to ₹1 crore if an entity fails to comply with the Aadhaar law and does not provide the information sought by UIDAI. It also gives an option to children to cancel their Aadhaar on accomplishing 18 years. According to the proposed amendments, there is a provision to create a UIDAI Fund, which will contain all fees, grants, and charges received by the authority. The fund will be used for UIDAI’s expenses.

“This is a welcome move and relief to banks and telcos. But this government had the opportunity to ensure all regulated financial services firms, mutual funds, insurance, and payment firms were also covered under the PMLA as they cannot use e-KYC immediately.”

Rajasthan Police Constable Result 2022: Result soon, know how much cutoff can be