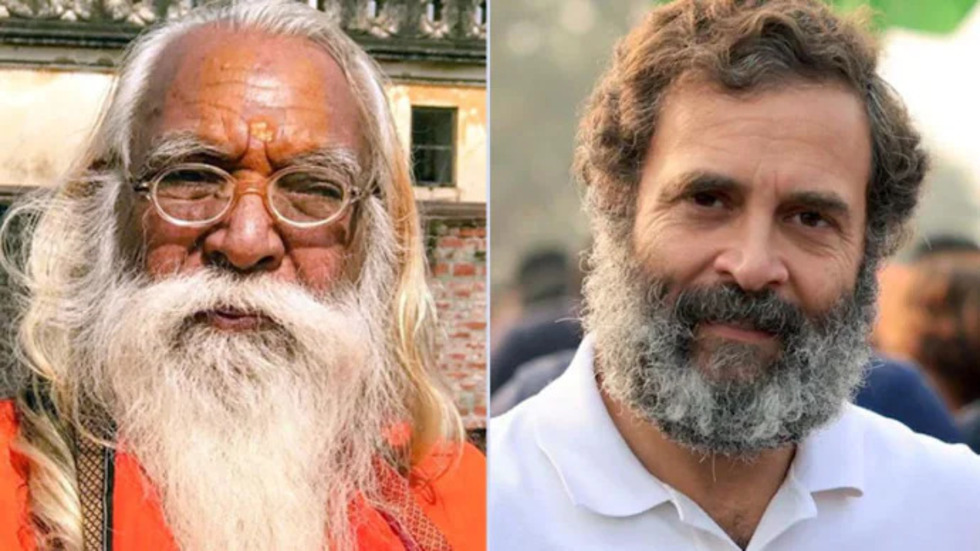 As Rahul Gandhi-led Bharat Jodo Yatra is set to enter Uttar Pradesh, the chief priest of Ram Janmabhoomi temple on Monday wished that the blessings of Lord Rama always be upon the Congress leader.

In a letter to Gandhi, chief priest Acharya Satyendra Das extended his support for the move by the Congress to unite the country.

“I hope and pray that the mission for which you are fighting may be successful. I bless you for your long life,” the letter stated.
“You are working for the noble cause, which is ‘sarvajan hitay sarvajan sukhaay’, in the interest of people and for their happiness. I wish the blessings of Lord Rama be upon you always,” it added.

Sunil Krishna Gautam, Ayodhya District Spokesperson of the Congress Party, said that while extending his support to the party’s Bharat Jodo Yatra, Acharya Satyendra Das has written to Rahul Gandhi and said he would have joined the yatra but due to health reasons, he won’t be able to participate but has extended his moral support to the yatra through the letter.

“In support of the Bharat Jodo Yatra being taken out by Rahul Gandhi throughout the country, Acharya Satyendra Das of Ayodhya has written a letter supporting Rahul Gandhi. There is support for this Bharat Jodo Yatra, which contains the message of Sarvajan Sukhaya,” said Gautam.

He added, “The chief priest of Ram Janmabhoomi Temple wanted to participate in the yatra. But citing health reasons, he said that he gives his moral support to this journey and that the Bharat Jodo Yatra being taken out by Rahul Gandhi is right and timely.”

After a nine-day break, Congress leader Rahul Gandhi’s Bharat Jodo Yatra resumed in Delhi on Tuesday. The yatra is expected to enter Uttar Pradesh by this evening before heading to Jammu and Kashmir via Himachal Pradesh.