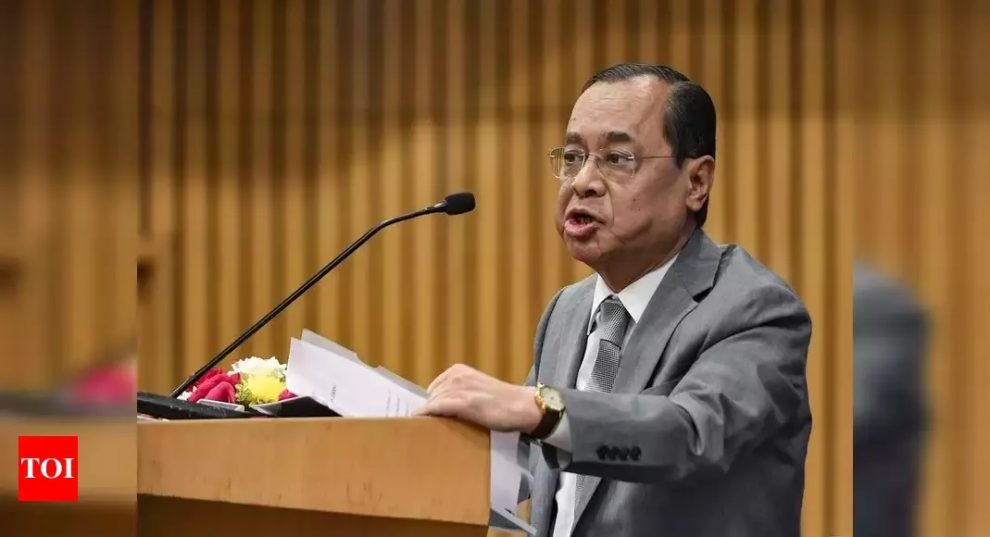 NEW DELHI: Former Chief Justice of India Ranjan Gogoi, scheduled to take oath as a Rajya Sabha MP at 11 am, arrived at Parliament on Thursday.
The former CJI is accompanied by his wife Rupanjali Gogoi.
President Ram Nath Kovind has nominated Gogoi to the Rajya Sabha on March 16.
Gogoi served as the 46th Chief Justice of India from October 3, 2018, to November 17, 2019.
On November 9, 2019, a five-judge Bench headed by him had delivered the verdict in the long-pending Ramjanmabhoomi case.
Before leaving the office, Gogoi had said that the issue of pendency of cases in Indian courts is used extensively to “pull down the institution”.
In his letter to the Supreme Court Bar Association (SCBA) he had stated that a part of him would always remain with the Supreme Court of India. (ANI)