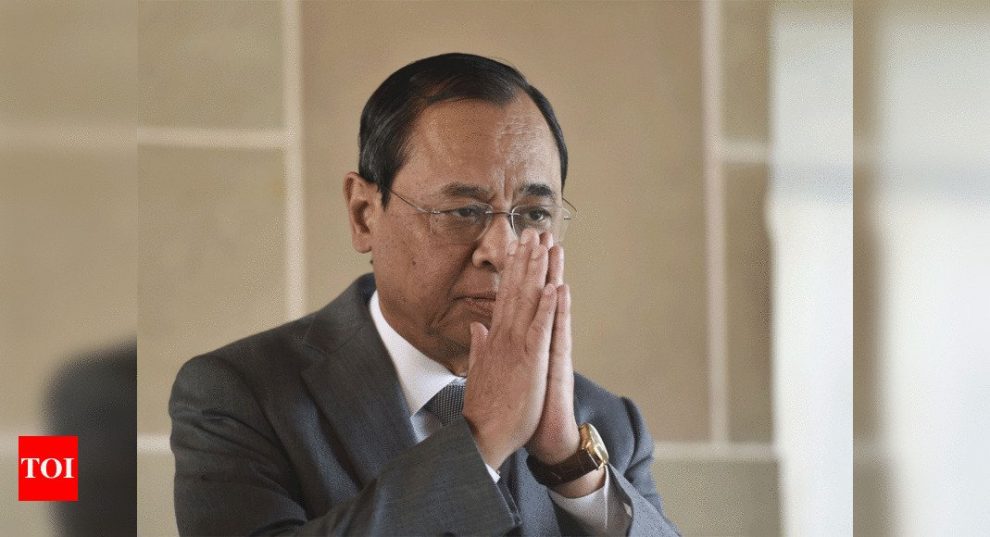 NEW DELHI: Former Chief Justice of India Ranjan Gogoi on Thursday took oath as member of the Rajya Sabha amid sloganeering and jeers as well as a walkout by the Opposition parties, led by Congress.
As Gogoi’s name was called by chairman Venkaiah Naidu for the oath, MPs in the opposition benches started chanting slogans like “shame on you” with some trooping into the well or crowding the aisles. Even when Naidu called the booing unfair and unbecoming of Parliament, the MPs — from Congress, CPM, DMK, MDMK, Muslim League and BSP — remained undeterred. As Gogoi started taking the oath, the protesting MPs staged a walkout.
All this while Gogoi’s family — his wife, daughter and son-in-law — were in the RS viewing gallery, watching the unruly scenes.
After Gogoi finished his oath, Naidu said: “We know the constitutional position. We know the precedents. We know the powers of the President of India. We should not do anything in the House. Whatever views you have you can say outside… you are at liberty.”
Law minister Ravi Shankar Prasad said: “This House has a great tradition of many eminent persons coming from diverse fields including former Chief Justices being nominated by those who — I regretfully say — have shouted.”
“Hon’ble member Gogoi who has taken oath today (Thursday) will surely contribute his best to Parliament and it was grossly unfair to do like that,” the minister added in reference to the jeers and walkout by opposition MPs.
Anand Sharma, deputy leader of opposition in the RS, told reporters, “We have strong objections and reservations because he is a recently retired Chief Justice of India, who has given many controversial judgments. He, I have no hesitation to say, was a controversial chief justice and his acceptance and the government’s appointment has raised bona fide questions about quid pro quo.”

Judicial independence threatened by stranglehold of a ‘lobby’ over it: Ranjan Gogoi
Not interested in Cong chief job, Rahul ‘has it in him’ to lead it: Amarinder