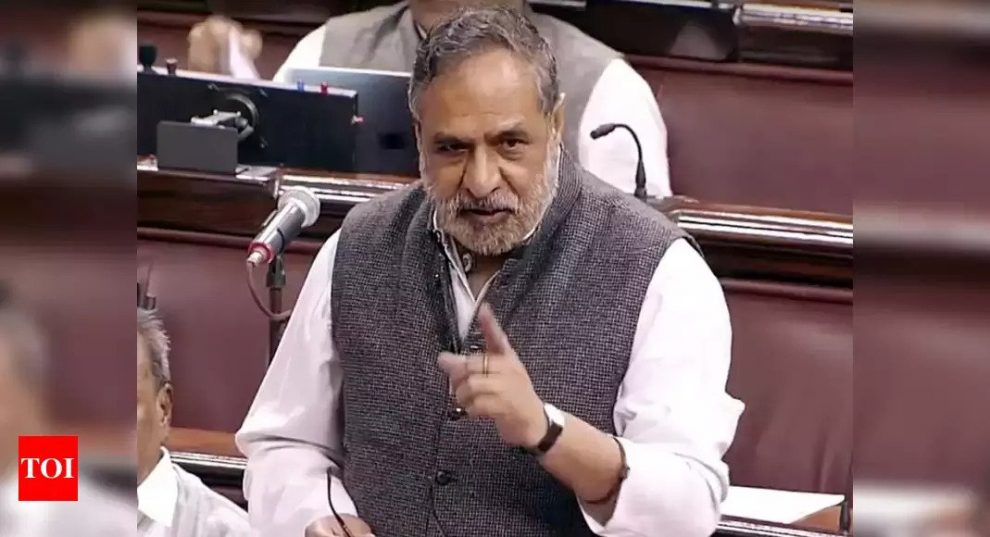 NEW DELHI: The Congress on Thursday raised strong objections to the nomination of former chief justice of India Ranjan Gogoi to Rajya Sabha, saying the government’s offer and his acceptance raises questions about “quid pro quo” and undermines the independence of judiciary.
Senior Congress spokesperson Anand Sharma said Gogoi has not only lowered the dignity of the office he held but also disgraced the judiciary. He said the act sends a wrong message to the present and future judges.
The Congress and some other opposition parties staged a walkout when Gogoi took oath in Rajya Sabha.
“We have strong objections and reservations because he is a recently retired chief justice of India, who has given many controversial judgments. He, I have no hesitation to say, was a controversial chief justice and his acceptance and the government’s appointment has raised bonafide questions about quid pro quo,” he told reporters.
Sharma said the constitutional scheme of things is very clear about the distancing between the Executive, the Parliament and the Judiciary, and the earlier examples do not hold as the people were appointed after nine years or seven years, but in this case it has been done within four months.
“This former chief justice is on record for having said that post retirement appointment or accepting any position will be a scar on the independence of the judiciary. So, he himself has become an active party to that along with the government and that’s why we protested.
“We feel what has happened is wrong; it severely undermines the independence of the judiciary. It sends a wrong message to all the present and future judges and therefore we, Congress and the other opposition, walked out,” he said.

113 stranded Indians in Malaysia flown back to Chennai