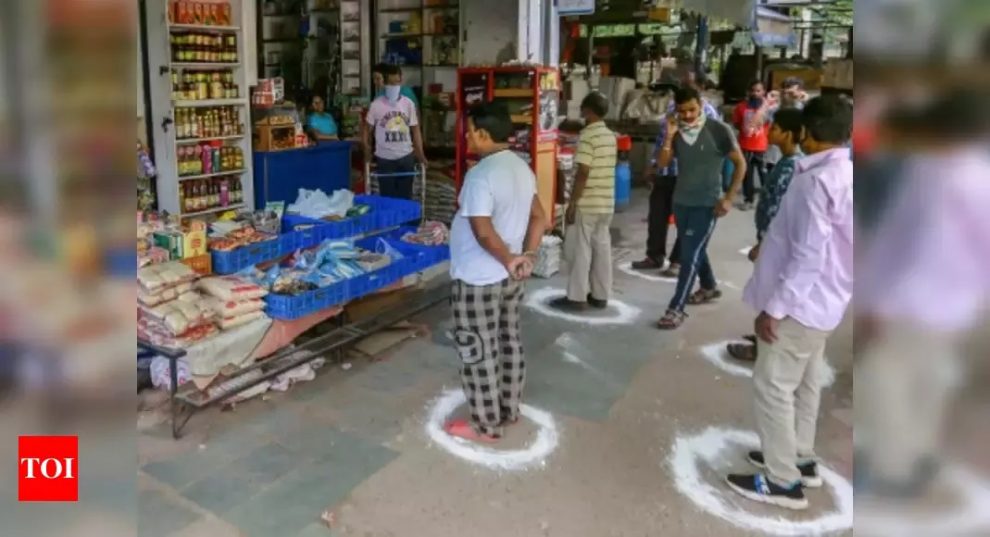 NEW DELHI: The government said on Thursday that the rate of increase in positive cases of Covid-19 has “relatively stabilised” in the last few days even as it stressed that there was no room for complacency and alertness had to be maintained with determined implementation of a national lockdown.
The health ministry reported 43 new cases and four additional deaths in the last 24 hours, taking the number of confirmed cases to 649 so far, of which 593 are active cases and 42 were cured and discharged, whereas one case was migrated. Total deaths due to Covid-19 now stand at 13.
“Though the number of cases is increasing, we are seeing a relatively stable trend in the rate at which cases are increasing or a little bit of reduction in the rate of increase,” joint health secretary Lav Agarwal said. He added that the country was “fully geared up” to fight the virus.
In an indication that the Centre continues to view the threat as grave, health minister Harsh Vardhan held a detailed review with state counterparts in the afternoon that lasted more than two and a half hours. The discussion centred on states with high numbers, with others gleaning tips on how to prevent and combat such situations.
The discussion drilled down to preparedness of hospital facilities and the efficacy of the contact tracing and quarantine exercise. At the government briefing, Agarwal emphasised it was too early to read a clear trend, requiring the government as well as citizens to maintain alertness and full adherence of the lockdown.
Besides, compliance of guidelines and protocols issued by the government for social distancing and other measures will help maintain the trend and overcome the problem, he said. The government also said that there was no “hard evidence” of coronavirus pandemic having reached the community transmission stage in India and added that India continued to be in stage 2 of localised transmission.

Fact Check: No, Raja the Royal Bengal was not the world’s oldest tiger