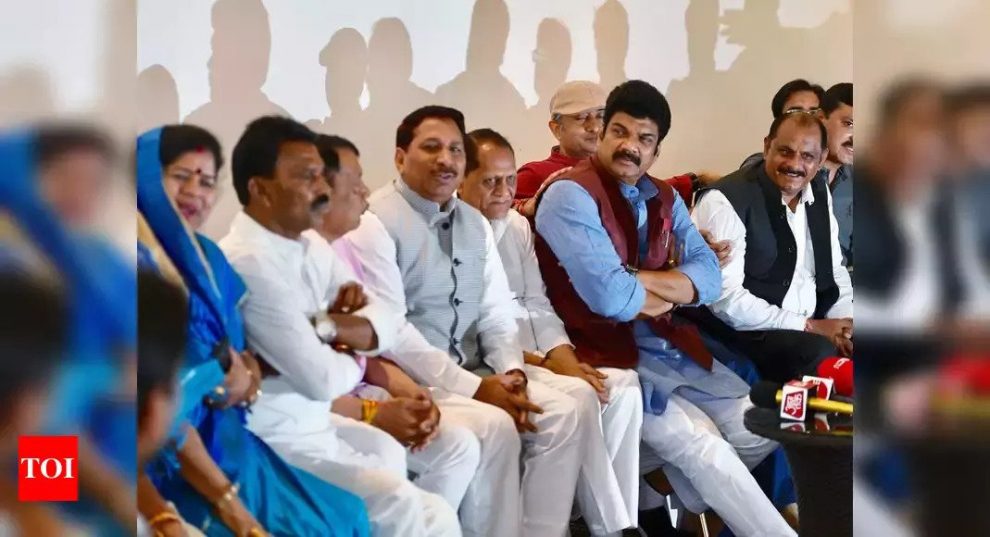 BHOPAL: Even as the Supreme Court has made clear to conduct a floor test, on Friday saying that there is no restraint on the 16 rebel MLAs to take part in the floor test, highly placed sources informed that the MLAs are unlikely to come to Bhopal for the same. Top leadership in the BJP is also mulling its next plan after the trust vote of Kamal Nath led Congress government in the state.
“The rebel MLAs had already submitted their resignation letters to the Speaker and also apprehended danger to their safety. They are unlikely to come to Bhopal to take part in the floor test. They will remain in Bangaluru hotel. The MLAs though, waiting the signal from the top leadership before taking a final decision,” said sources.
When contacted former minister and senior BJP leader Umashankar Gupta said told TOi, “This is a historical decision by the Supreme Court and truth will prevail. We all waiting for the decision from the party high command before taking any further step.”
Meanwhile, after the Supreme Court directives, the BJP leaders in New Delhi assembled at the house of union minister Narendra Singh Tomar to discuss the next plan of action. BJP leaders including former union minister Jyotiraditya Scindia, union minister Dharmendra Pradhan, BJP national general secretary Anil Jain and other held a close door meeting in the evening.
“Certainly there was curiosity and eagerness before Supreme Court decision and politics is a matter of hopes. Now the party leaders will decide the next plan though, we are yet to decide our next action,” said Gopal Bhargava.
Sources said that the BJP has alarmed all the party MLAs to remain present for voting during floor test in the House. The BJP leaders also also hopeful also party disgruntled MLAs – Narayan Tripathi and Sharad Kol will als support the saffron party during the trust vote.
The BJP has also made tight security arrangements at two resorts in Sehore where the MLAs have been lodged. Senior leaders Shivraj Singh Chouhan and LoP Gopal Bhargava have also reached the hotel to discuss the plan.
The BJP is triumphant after Supreme Court ruling that a floor test needs to be conducted in Madhya Pradesh assembly tomorrow by 5 pm. The SC bench has stated that the session of the MP assembly that has been deferred shall be reconvened on March 20. Besides, a single agenda for the assembly — to hold floor test on March 20 by citing by show of hands, is what BJP had urged for.

Construction of Ram temple to be over by December 2023: Ayodhya Trust

Ahead of Independence Day, a new record for Chandigarh students| Video

Congress issues whip to its MLAs ahead of trust vote in MP
BJP jubilant after SC directives, claims Congess govt in MP will fall

Three killed in rain-related incidents in Karnataka, death count above 70