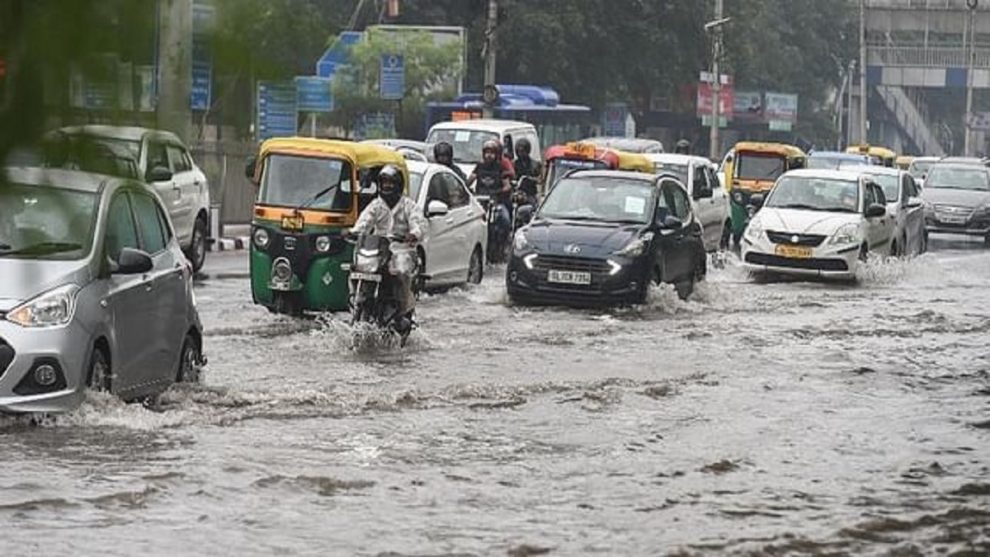 IMD’s weather update: The India Meteorological Department (IMD) on Monday (August 8, 2022) predicted heavy rainfall in several parts of India. As heavy rains is likely to continue over the Central and Southern parts of India, IMD has issued orange and red alerts for various districts. A low-pressure area, which formed on Saturday, concentrated into a well-marked system over the northwest Bay of Bengal, off the coasts of Odisha and northern Andhra Pradesh, IMD said. It is expected to intensify into a depression during the next 48 hours and move northwestwards across Odisha and Chhattisgarh, the Bhubaneswar Meteorological Centre explained.

IMD has issued a red alert for extremely heavy rainfall for some places in Odisha’s Kalahandi and Rayagada districts till Monday morning, the Met office said, adding that the monsoon trough was passing through Jharsuguda. The weatherman issued an orange warning of heavy to very heavy rain in the districts of Khurda, Puri, Rayagada, Kalahandi, Gajapati, Ganjam, Nayagarh, Kandhamal, Nabarangpur, Malkangiri and Koraput for Monday.

IMD has has issued a red alert to Pune and parts of western Maharashtra including, Raigad, Ratnagiri, Satara. IMD has issued an orange alert for heavy to very heavy rainfall over in Palghar, Thane, Sindhudurg and Kolhapur. Meanwhile, extremely heavy rainfall is predicted in Raigad, Ratnagiri, Pune and Satara. A yellow alert was also included in parts of Maharashtra including Nagpur, Wardha, Gondia and Washim.

In Bengal, isolated very heavy rain was likely in the south Bengal districts on August 9 and 10. The weatherman has forecast heavy to very heavy rain in the coastal districts of South 24 Parganas and Purba Medinipur, while the other districts in Gangetic West Bengal are likely to receive heavy rain during the period, the Met office added.

Residents of Delhi woke up to a humid Monday morning with the minimum temperature settling at two notches below the season’s average at 25.1 degrees Celsius, officials said. The weather office has predicted a generally cloudy sky for the day with the possibility of light rain or drizzle. The maximum temperature is expected to settle around 33 degrees Celsius.

Orange alert in parts of Karnataka

IMD has issued an orange alert in Uttara Kannada, Udupi, Dakshin Kannada, Kodagu and Chikmagalur, while it has predicted heavy rainfall in Belgaum, Bagalkot, Bijapur, Yadgir, Hassan and Shimoga.

The Met Office has predict heavy rainfall, accompanied with thunderstorm and lightning in most parts of Kerala. Heavy rainfall is likely to occur over Kasaragod, Kannur, Wayanad, Thrissur, Pallakad, Ernakulam, Kottayam and Idukki, said IMD.