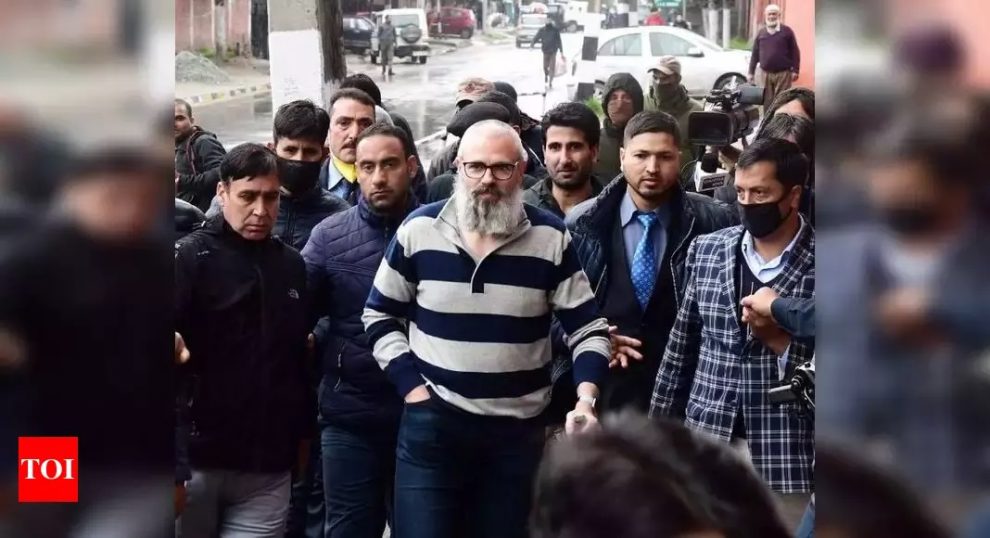 SRINAGAR: Former Jammu and Kashmir Chief Minister Omar Abdullah who was released from detention on Tuesday, has expressed hope that PDP chief Mehbooba Mufti and others will be released from detention as well.
In a tweet on Wednesday, Omar Abdullah said, “It’s callous and cruel to continue to detain Mehbooba Mufti and others at a time like this. There was never much justification to detain everyone in the 1st place and none at all to keep them detained as the country enters a 3 week lockdown. I hope @PMOIndia and @HMOIndia will release them.”

It’s callous & cruel to continue to detain @MehboobaMufti & others at a time like this.There was never much justifi… https://t.co/UAFqKKhJsL

The Jammu and Kashmir Administration had on February 5 invoked the Public Safety Act (PSA) against former Chief Ministers Mehbooba Mufti and Omar Abdullah. The duo was detained after the Central government abrogated Article 370 last year.
Omar Abdullah was released on Tuesday after more than seven months in detention in Srinagar.
Abdullah was among several political leaders who had been put under house arrest after the Central government revoked Article 370 of the Constitution that accorded special status to Jammu and Kashmir.
While Omar Abdullah’s father Farooq Abdullah was released earlier this month, PDP chief Mehbooba Mufti is still under detention.

10 Things Indians Do On Diwali