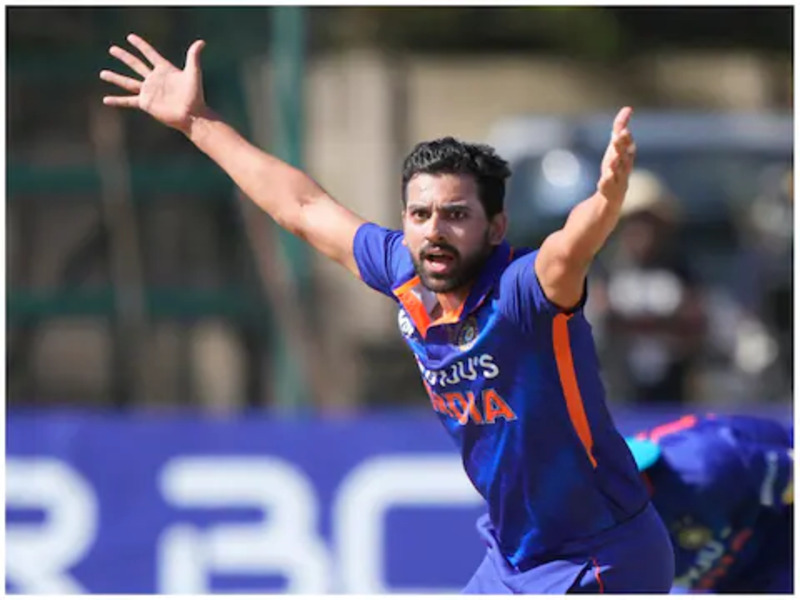 Indian cricket fans on Sunday were left fuming after the team management dropped fast bowler Deepak Chahar for the second ODI match against Zimbabwe at the Harare Sports Club. Notably, Chahar was the Player of the Match winner in India’s dominating 10-wicket win on Friday at the same venue following his exploits with the ball. ( India vs Zimbabwe Live Score 2nd ODI).

Captain KL Rahul did not inform the reason behind dropping Chahar from the playing XI as India picked Shardul Thakur for the match. But what left fans furious was that Chahar had scripted a stunning return to cricket after a long injury lay off as he picked three quick wickets for India with the new ball that helped the visitors fold Zimbabwe for just 189 runs. Chahar was expected to appear in all the games for India in the series against Zimbabwe given that he remains in the stand-by list of players for the Asia Cup 2022 tournament that begins in next week in the UAE.

“Looks a little better, looks a lot harder than the previous surface and obviously bowling first there’s something in the wicket, hopefully we get early wickets. I would have taken 180-190 at the start, we bowled really well and there was no dropped catch or missed chance, just that they (Evans and Ngarava) batted really well after the ball got old,” Rahul said after India won the toss and opted to bowl first again.

Here are the playing XIs for the two sides…