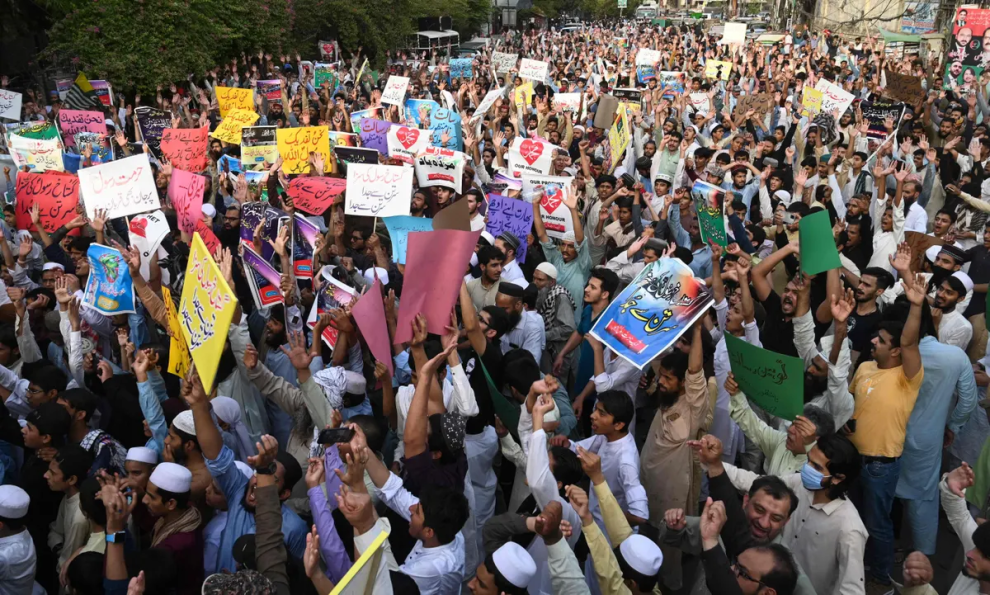 An Islamic State (IS) terrorist, detained by Russia, has admitted in a video that he was planning an attack in India to take revenge for ‘insulting the Prophet’. A video published by the CSO of Russia’s Federal Security Service (FSB) shows a suicide bomber admitting that he was supposed to take revenge in India.

A native of a country in the Central Asian region, the terrorist planned an attack against “one of the representatives of the ruling circles of India”. According to the agency, from April to June, the accused was in Turkey where he was recruited by one of the leaders of IS as a suicide bomber. They processed it remotely on Telegram and at personal meetings in Istanbul.

“In 2022, I flew to Russia from where I was supposed to leave for India. In India, they had to meet me and give me all the necessary things to commit a terrorist attack on the orders of the Islamic State for insulting the Prophet Muhammad,” he said in a video.

“I was supposed to be given things there to commit a terrorist attack at the behest of the IS for insulting the Prophet Muhammad,” the man said.

“The FSB of the Russian Federation in Russia identified and detained a member banned in Russia by the international organization Islamic State, a native of a country in the Central Asian region, who planned to carry out an investigation on the initiative of one of the representatives of the ruling circles of India,” the release said

The release further said that the terrorist took an oath of allegiance to the Amir of the Islamic State.

“After that, he was given the task of leaving for Russia, completing the necessary documents and flying to India to commit a high-profile terrorist act,” the FSB release said.