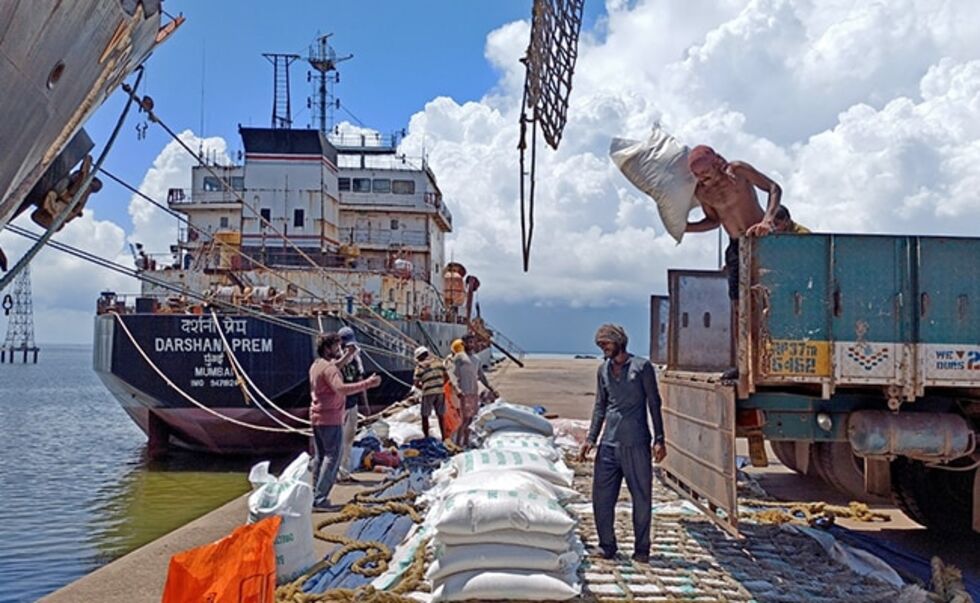 MUMBAI: At least 20 ships are waiting to load around 600,000 tonnes of rice at ports as New Delhi’s surprise export restrictions have trapped cargoes for nearly a fortnight, forcing sellers to pay demurrage charges, industry officials told Reuters.
India banned exports of broken rice and imposed a 20% duty on exports of various other types on Sept. 8, as the world’s biggest exporter of the grain tries to boost local supplies and calm prices after below-average monsoon rainfall curtailed planting.

The surprise move trapped cargo that was moved to the ports or was in transit before the government made the announcement, said B.V. Krishna Rao, president of The Rice Exporters Association (TREA).

“We have requested the government to provide concession to this transitional cargo as we are paying hefty demurrage charges,” he said.

Apart from 600,000 tonnes rice that is waiting for the loading at berthed vessels, a further 400,000 tonnes of rice is stuck at port warehouses and container freight stations (CFS) even though contracts are backed by letters of credit (LCs), he said.

Broken rice shipments are stuck because of the ban, while in the case of white rice buyers and sellers are not willing to pay the 20% duty over the agreed price, dealers said.

“When contracts were signed there wasn’t any tax on the exports. Since exports now attract the tax, there is dispute who will pay the tax over the agreed price,” said a New Delhi-based dealer with a global trading firm.

In similar circumstances, New Delhi has in the past provided exemptions for contracts backed by LCs, or payment guarantees, issued until the day the government made a policy change. But that has not happened this time.

Stuck broken rice shipments were heading to China, Senegal, Senegal and Djibouti, while other grades of white rice were bought by buyers in Benin, Sri Lanka, Turkey and the United Arab Emirates, exporters said.

India exports rice to more than 150 countries and any reduction in shipments would increase upward pressure on food prices, which are already rising because of drought, heatwaves and Russia’s invasion of Ukraine.

Samsung Galaxy A54, Galaxy A34, and Galaxy A14 Reportedly Enter Testing Phase
Over ₹ 100 Crore Seized So Far In Bengal Jobs Scam Linked To Ex Minister