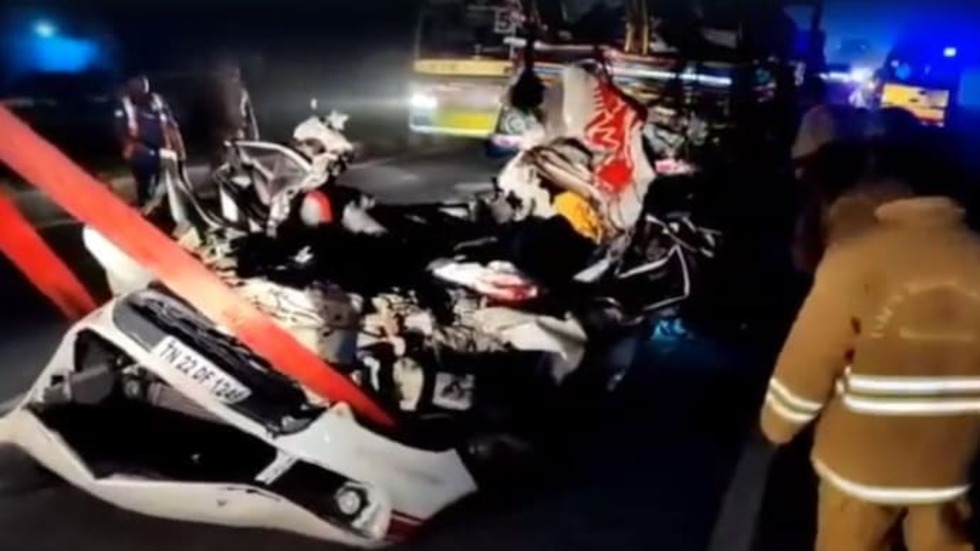 Five people, including two children and two men, were killed in a tragic accident near Veppur in Tamil Nadu’s Cuddalore when multiple vehicles collided with a car. A total of five vehicles were involved in the accident, including two trucks and two private buses.

A family had parked their car on the Trichy-Chennai highway. Two trucks and two private buses collided with the car, killing it occupants. Fire and Rescue services retrieved the body from the cramped vehicle.

Police then transported the bodies to the government hospital and initiated an investigation.

According to the police, “Five people were killed after 5 vehicles collided with each other near Veppur in Cuddalore district. Bodies were recovered from the car and sent to a government hospital. Further details are awaited.”